Being part of the Vox Performance Project has been incredible so far; countless power records, second place in the A1 division of the Zwift Racing League, and a year-long contract with Canyon Esports are just some of the achievements within the past few months!

With the help of Supersapiens and Precision Fuel & Hydration, I have been refining my fuelling strategies to optimise my performance on the bike. It’s been a game-changer for me as I’ve come to realise most of the fatigue I felt at the end of races, was down to under-fuelling as opposed to just “being weak.” Initially, I had never thought to intake anything during a Zwift race, which seems crazy to think back on, but I never thought that a ride so short would need fuelling. I had underestimated just how much it took to fuel around an hour of high-intensity racing and as soon as I started analysing the data from Supersapiens, I knew something had to change.

I started with intaking a gel during the last half of races, which is normally the point I would feel tired. However, although I was fuelled for the end of races, I wasn’t fuelled enough for the start of races. 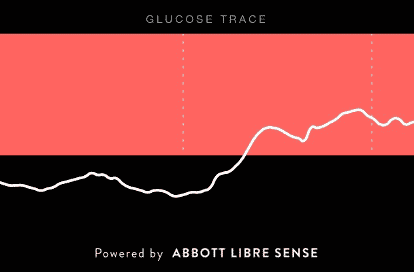 At this point, the season was coming to an end, so I began to focus on my pre-ride fuelling. I aimed to start rides already in my glucose performance zone by consuming foods such as pasta which are high in carbohydrates. Initially, this worked well but I soon fell into old habits of forgetting to eat during my rides which resulted in pretty poor glucose scores! Those rides correlated well with the famous feeling of ‘bonking!’ 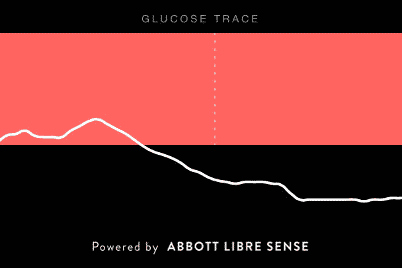 With a big lesson learnt, I put everything together and started using Precision Fuel & Hydration’s 1000 drink mixes during rides which contained 17g of carbohydrates per serving alongside a generous serving of electrolytes. I also made sure to fuel with a carbohydrate-dominant meal or snack in the hours leading up to riding. During my first training session, I received an almost perfect glucose score of 95 with a stable glucose trace right in my glucose performance zone. It was the strongest I had felt on the bike for a long time, and I didn’t experience my usual levels of fatigue during the finishing intervals of the workout. 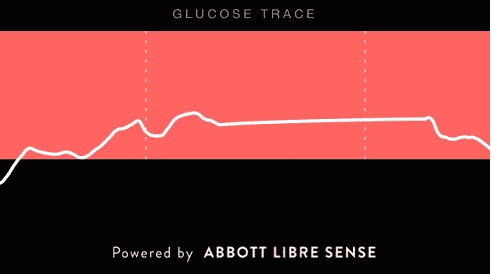 Amazed, I took this strategy into races, pairing it alongside an energy gel to keep up with the added intensity that comes with Zwift Racing. Soon enough, I was beating power records on almost every race, achieving power goals I never thought I’d reach anytime soon! After re-signing with Canyon Esports on their Beta team, it was time for the Zwift Racing League and with my new fuelling strategies, I had never felt stronger. I finished my first race of the season with three new power records and second place overall, my first podium finish of any major Zwift race. 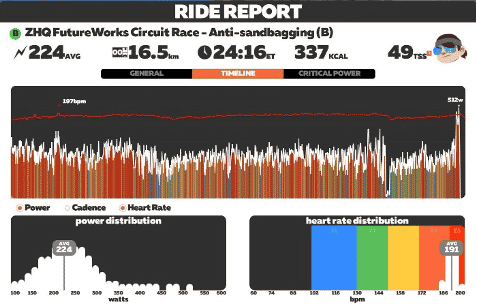 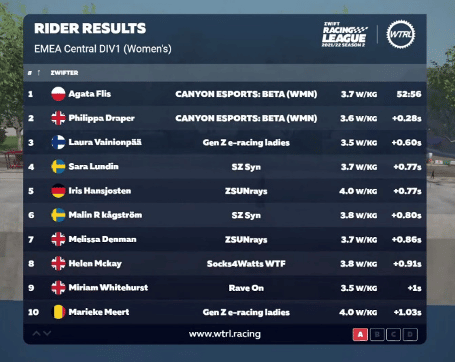 Hydration and fuelling products from Precision Fuel & Hydration have changed the game for me and monitoring my glucose with Supersapiens has taken the guessing game out of all the experimenting. If I had one piece of advice for anyone looking to work on their nutrition, it would be to not be afraid to try something new. Try new fuelling strategies, experiment with different products, and take anything that doesn’t work as a lesson!