All WorldTour teams will be attending the Ladies Tour of Norway, the country’s only WorldTour cycling event, which will be held form 12 -15 August.

It’s expected that Dutch riders will once again do well at the race. Marianne Vos (Jumbo-Visma), is a strong contender. She has won this race three times, and in 2017 she won all stages. But this year, for the first time the event will have a really tough mountain finish up to Norefjell on the third stage and other strong climbers will certainly be able to show their strength. Vos’ compatriots Annemiek van Vleuten (Movistar) and Anna van der Breggen (SD Worx) will certainly be up to the challenge.

And of course, the Norwegians will also be looking to take their chances as well, including the new Norwegian ITT champion Katrine Aalerud (Movistar), who has shown that she can keep up with the best. On the flatter stages Susanne Andersen (Team DSM) and Emilie Moberg (Drops) will take their chances but will have to contend with some of the world’s best sprinters.

Norway will also feature two of their own teams, Hitec Products and the Norwegian national team, an opportunity for the home country to present their talent to a wide audience. 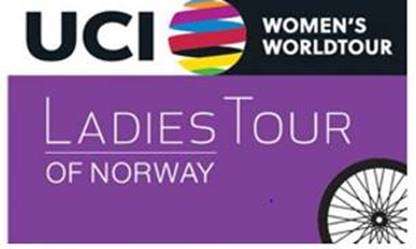 The stages for this year’s Ladies Tour of Norway:

These are the teams in the Ladies Tour of Norway 2021: