The Vox Kitchen – the return of Ella Harris

We have another chef returning to the Vox Kitchen this week – Ella Harris of Canyon // SRAM Racing, the 2018 Zwift Academy winner!

This time she is baking a fruit loaf….

Normally I am a big fan of trying new recipes so I don’t often make the same thing over and over again, however this loaf is a major exception. Move over banana bread because I’m sure many have baked that to death by now; this loaf is a far superior alternative and a real afternoon snack show-stopper. If my word isn’t enough, my Dad requests me to make it on a regular basis and is a massive fan, despite normally detesting any remotely healthy baking (it’s the only baking of mine that he eats). I say it is customisable because you can get creative with whatever you have in the pantry and create your own flavour, just swap out ‘like for like’. The original recipe is for a date/ cranberry/ carrot loaf (which I can assure you is sensational), but the example pictured is actually a prune/ sultana/ apple version (which went down equally well in my household). The recipe is adapted from a NZ celebrity chef, Nadia Lim, who has other equally fantastic creations if you’re in need of inspiration. 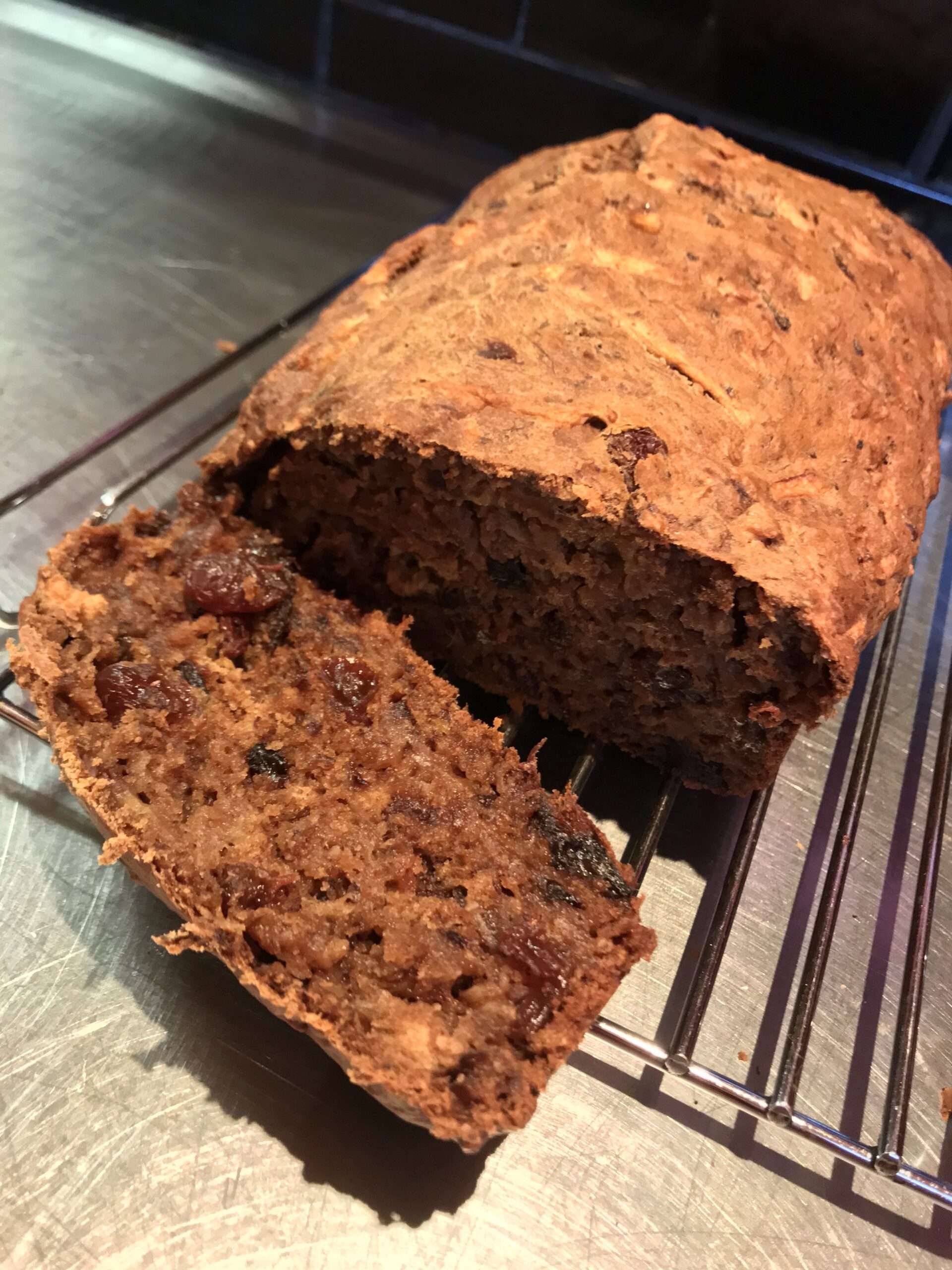 I really like this loaf because it’s quick and easy to make, only uses one pot (!), uses natural sweeteners and is packed with a little sneaky extra goodness like carrot. It can be made to suit your individual tastes/ requirements and is delish, so give it a whirl!