The cobble stones in a spring classic

This blog is not about covid-19 and the havoc it’s wreaked on the professional cycling scene. That would be about as obvious a choice as me riding for Mitchelton-Scott.

Instead it’s about the one race my Rally Cycling team and I did race in Europe; Omloop het Nieuwsblad.

While we are facing an unprecedented moment in time where the racing calendar has been put on hold until at least late April, I fortunately have plenty of memories from past editions of the race. While we may not be able to create new race memories right now, we can reminisce, reflect and compare where we have been and where we are now.

Certainly, I am no stranger to the European racing scene, as was pointed out to me at the sign on of this year’s Omloop het Nieuwsblad when the interviewer said to me, “Chloe, next year we have to have an anniversary for you. It will be your tenth consecutive edition of the Omloop!” To which I replied, “thank you for pointing out my age”. 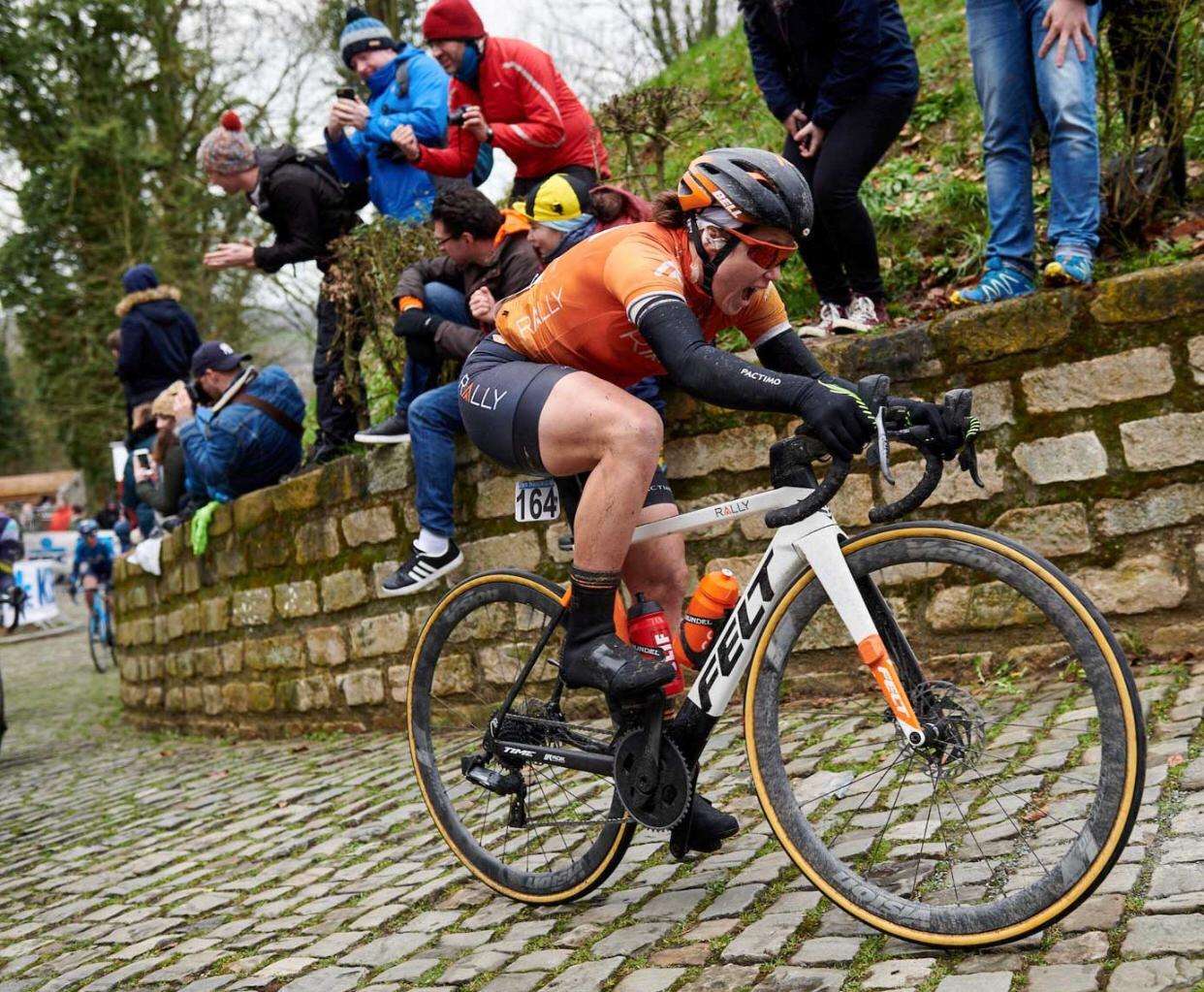 I still remember finishing my first Omloop way back in 2012 when I was racing with Specialized-lululemon. As all my team mates filtered back into the team camper with their own personal war stories from the day Emilia Fahlin climbed up the stairs of the camper, threw her helmet onto the seat and said, “I don’t understand. Whats the problem? Just pave the roads.”

I know my Rally Cycling teammates, who were starting their first ever Spring Classic in Omloop het Nieuwsblad, shared Emilia’s sentiment. Eager to prepare themselves for the season opening classic they headed out on the course a few days before the race to do some reconnaissance, tackling famous cobbled sections like the Molenberg and the Paddestraat.

The cobbles rattled their bikes and their bodies. One of my teammates, Leigh-Ann, said to me that while she’d ‘only’ done three hours she felt drained and her whole body ached. I reassured her that this was the normal reaction to cobbles, ‘after almost every cobbled race I wake up the next day feeling like a 70-year-old women with arthritis. Don’t worry, it’s normal’.

Cobblestones are one of those things that never get easier, but just like the Spring classics themselves, the more you do them the better you get at managing them. 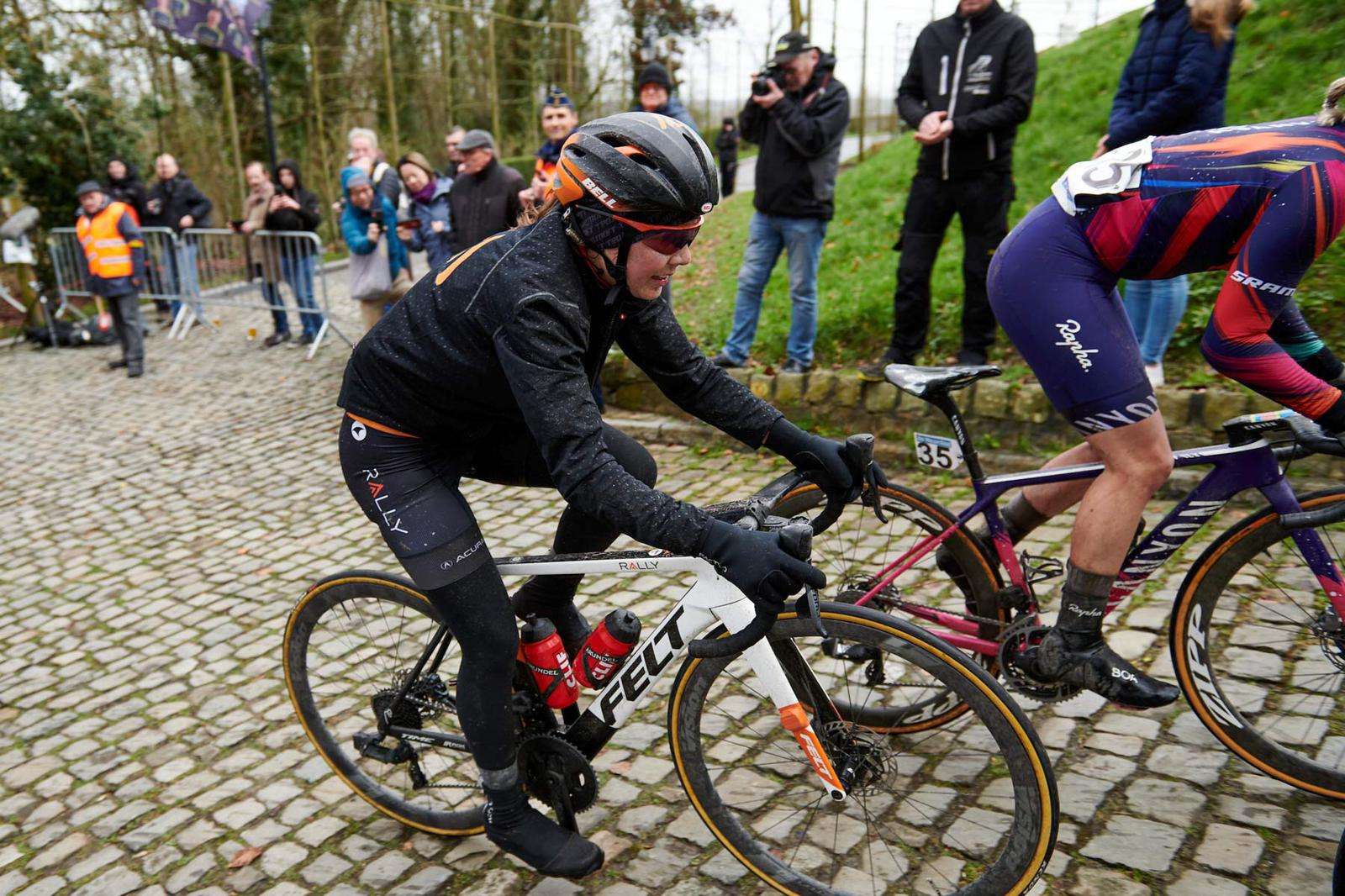 Unsurprisingly, the difference between a first timer and an experienced rider in the Spring classics is often like night and day, unless you’re Lorena Wiebes and crack a top ten at De Panne as a first year senior. Racing a Spring classic as a rookie against a peloton of riders who have done the same race five, six, nine times, is like the Jamaican bobsled team going up against the German bobsled team. Imagine the Jamaicans bumping down the track, looking haphazard compared to the smooth and calculated Germans. Rookies don’t know that the right hand side of the Muur offers a much smoother ride than the left or that you have to be in position already before the Wolvenburg because after that follows cobble sections, wind and the Molenberg.

Conquering a Spring classic is like piecing together a puzzle the pieces of which you’ve collected after years of failed attempts, crashes, near misses, and blistered hands. I tried to reassure my teammates going into the race that their first Omloop experience was all about building up their experience bank.  Every Spring classic you do is an opportunity to collect and store information and knowledge for next time, like Wall-E the robot who collects trash and stores it for later. 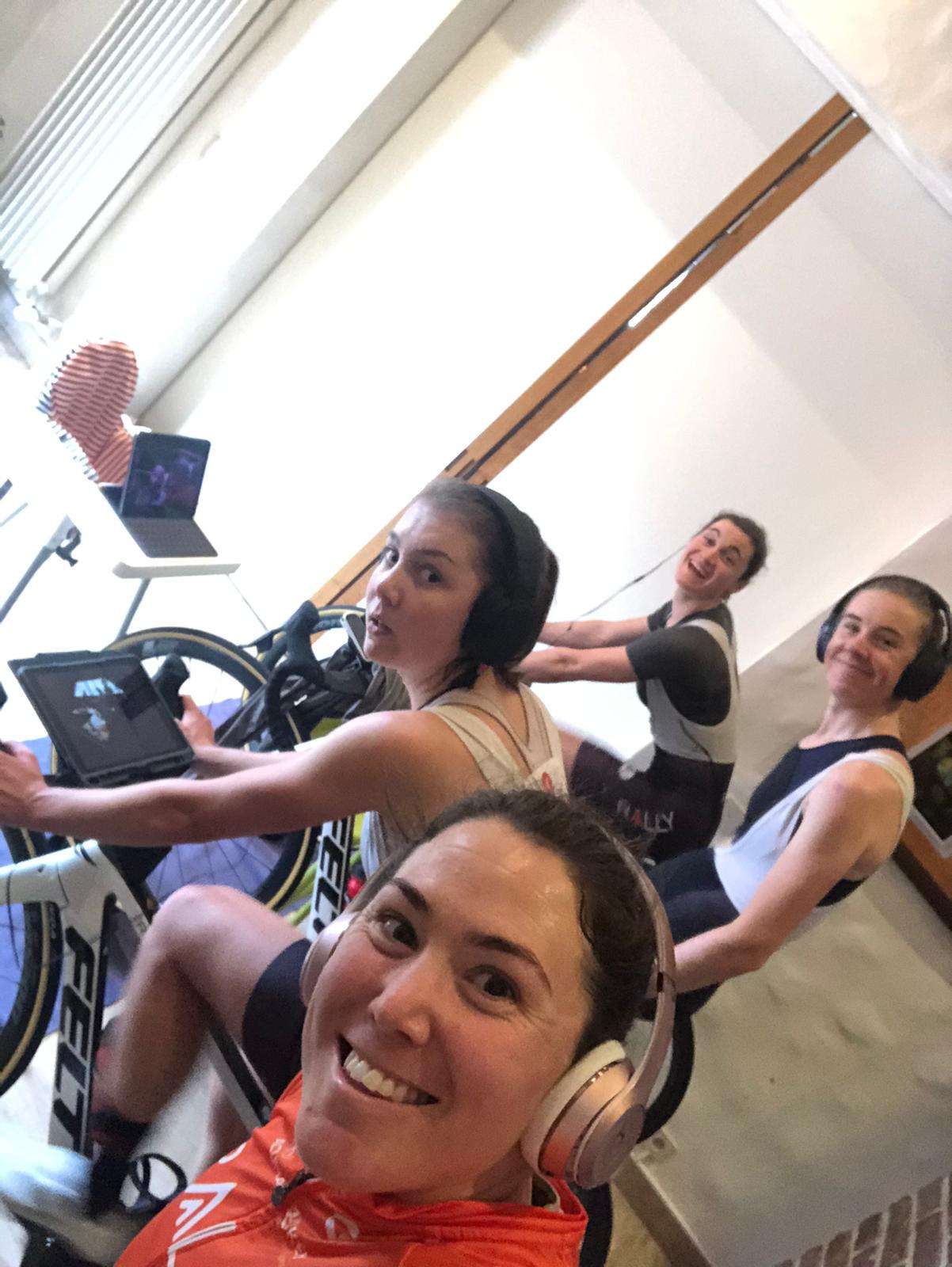 I tried to give them as much information as possible as we rode and drove the course in the days leading up to the race. I shared small tips like the best line to take on the Paddestraat (on the right hand side in the gutter), to where you can afford to sit at the back and rest. After our final drive through my director thanked me for my insight; I guess that’s one of the benefits of my advanced age.

No matter what actually unfolds on the road, the race always finishes the same way. Nine years later – just as I did in 2012 – I climbed, shivering and caked in mud, into the team van with my teammates. I’d finished eighth and was really pleased with my ride but I was more interested to hear about the experiences of my teammates, who had just completed their first ever Spring classic.

Just like Wall-E, Leigh-Ann had soaked up the experience and said she ‘learned the hard way that in races with a series of potentially defining features your decisions and positioning are a domino effect.’

While Heidi learned that when it comes to the Classics there is nothing straightforward about them. Finding herself in a group with about 30 riders that were pulled out of the race with about 60km to go she rode back to the van lamenting a lost opportunity. Frustrated, she said her race experience was ‘a bit cruel…because it forced me to reevaluate how I use my strengths.’ 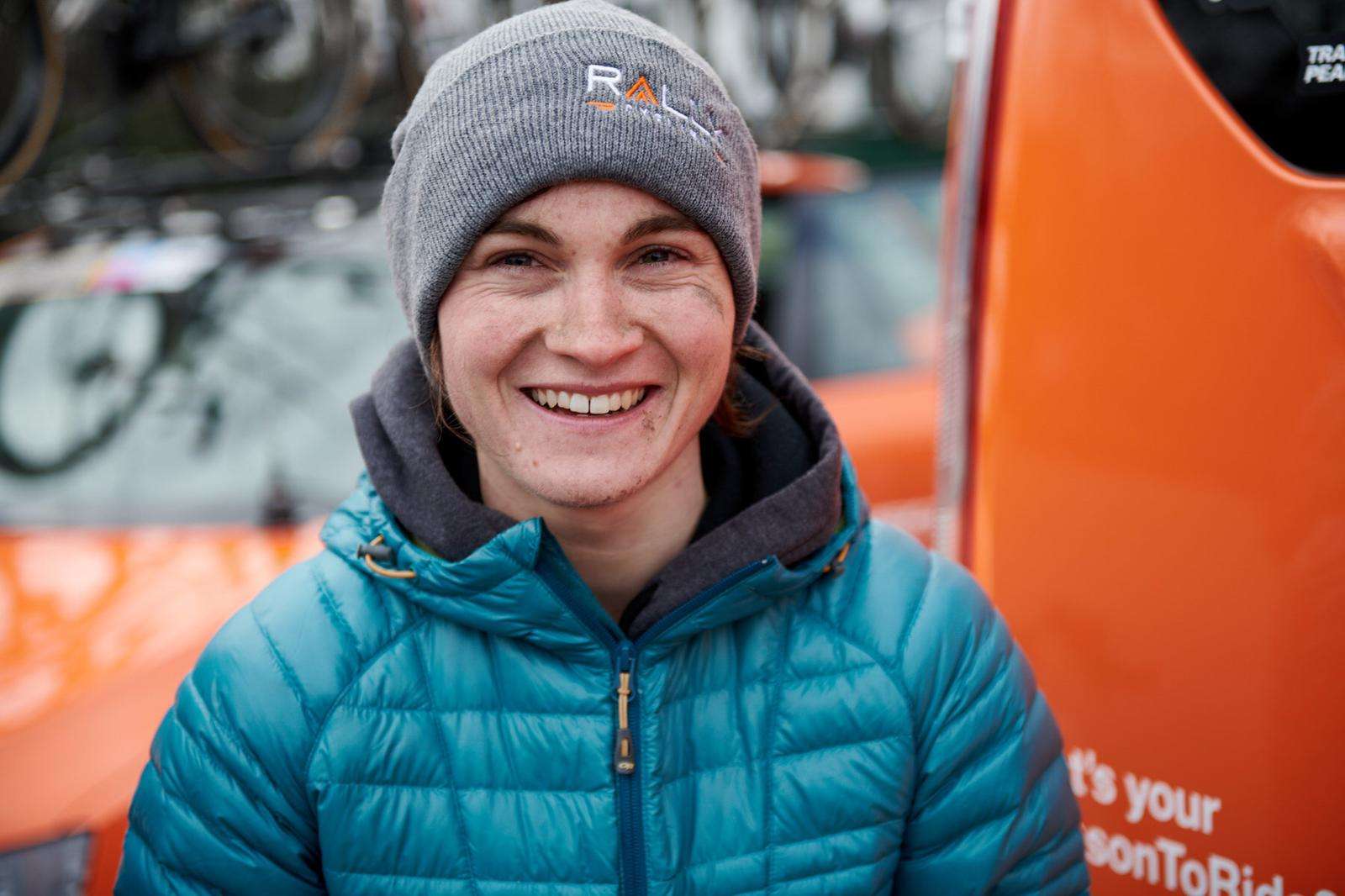 Sara finished in a strong 30th place in a bunch full of WorldTour riders despite crashing and fighting her way back over the first cobblestone section. She’d felt nervous before the start but excited to race because she’d been waiting for a long time for the opportunity to race in Europe in the early spring.

I think my experience and those of my teammate’s show that – rookie or veteran – the allure of the spring classics, no matter how cruel they can be, is strong. They’re a bit like a thai massage, you know it will hurt but you agree to pay $150 anyway. They epitomise what one day cycling is all about; the urgency, the frustration, the nerves, the excitement, the anticipation. While we may have only had one European race together this year, it was special to share Omloop het Nieuwsblad with my Rally Cycling teammates. I can only hope my Rally Cycling team, the rest of peloton and I can get back to doing what we love most – racing – soon so we can continue to build up and drawn on our experience bank.

Leigh-Ann: “Did you ride in the gutter on the Paddestraat?”