Stories from my first year of racing

When I was asked to write for Vox Women, I was so excited to share my perspective of racing in the elite women’s field from the viewpoint of a junior, but sadly this year didn’t allow for that. I have been struggling to decide on what I want to share with everyone. I finally decided that I wanted to share some racing memories from my start in cycling and my first year of racing to give an inside look into what I thought about racing when I first started. I understand everyone’s entry into the sport of cycling is unique, and I thought it would be fun to hear some funny stories about my first year. This is a two-part blog since it has too many stories to share in one.

To begin, I think I need to start a couple of months before my first year of racing in 2014. I can’t recall the exact date, but sometime in the summer of 2013, my brother, Ryan, really started bugging our parents to let him ride on the road with our dad. My dad would go out on the weekend group rides but wouldn’t do too much riding past that. My parents weren’t fond of having their children ride on the roads with all the cars. Nevertheless, Ryan convinced them, and shortly after my mom’s old Schwinn, downtube shifting, three sizes too big of a bike for my brother and I, found its way from the shed into our garage. From there, my dad brought home some kits that were donated from a local club he knew from when he was racing (thanks SC Velo). This included the yellow and green jersey from the San Dimas Stage Race. I had the green jersey, and my brother had the yellow jersey (I had absolutely no clue what the colors meant). Little did I know, I would win that green jersey myself in the pro women’s field four years later. 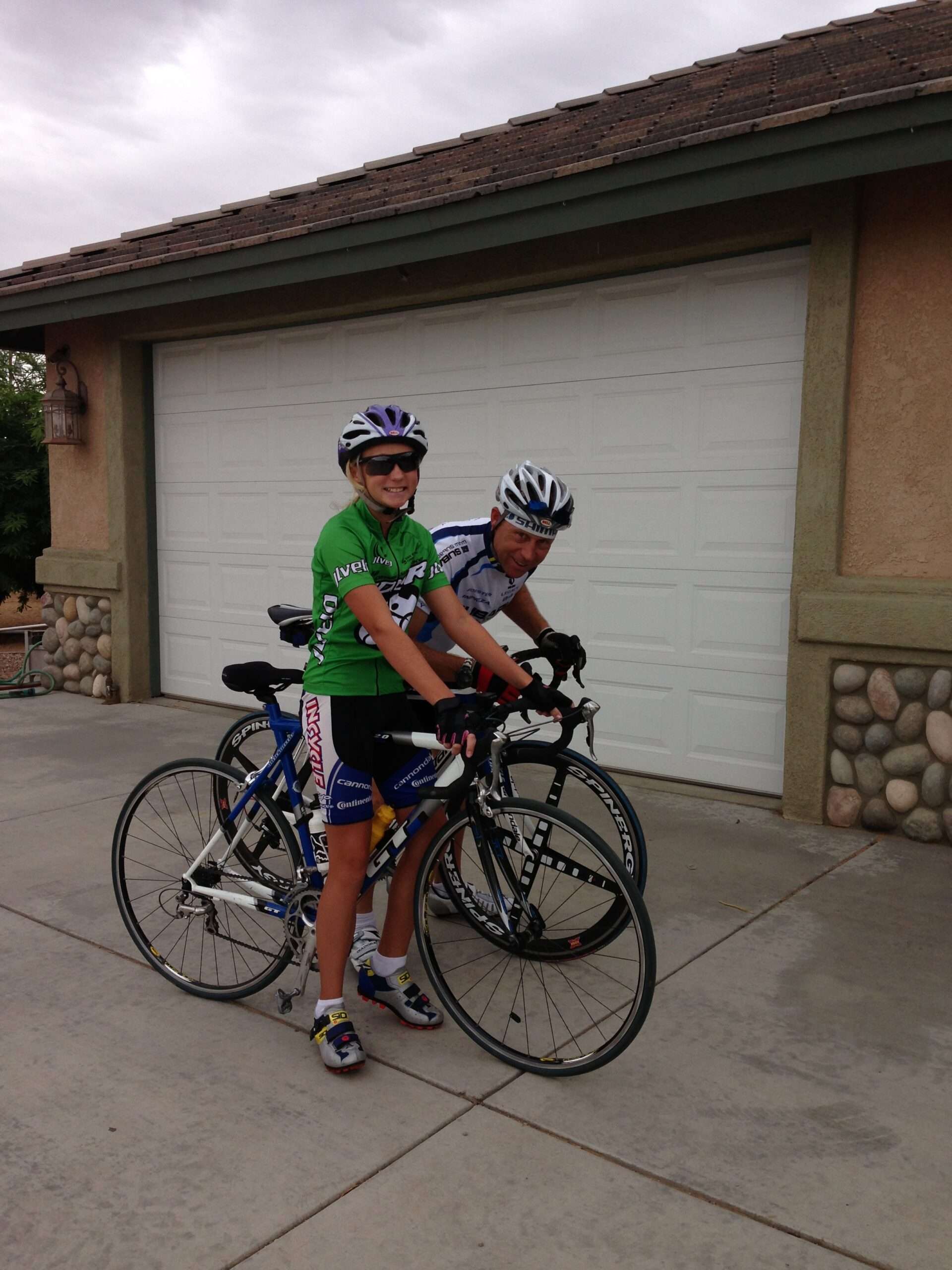 I honestly was not into the idea of riding; I was content with running track and field. I went on a couple of short rides with my dad here and there and had a good time, but I wasn’t in love with the sport by any means. Soon my parents decided we should have road bikes that actually fit us. I was not thrilled when I learned how expensive bikes are. In my family, if the item Ryan and I wanted was an expensive purchase, we had to pay for half of it ourselves to teach us to respect what we owned. So, from my 11-year-old year point of view, that meant a whole lot of extra chores to earn that money to pay off the bike. You can bet that I went for the non-race bike because I was not that interested in racing (the bike fit and did everything I needed it to do though). Only two days after this purchase, my dad convinced me to ride the Tour de Apple Valley with him and Ryan. This was a 64mile ride/race where we live. I think back to the number of times I complained during that ride and how many times Ryan begged my dad to leave me (I wanted this to happen so I could have my mom pick me up, to be honest). I am surprised that I ever decided to ride a bike again after the event. 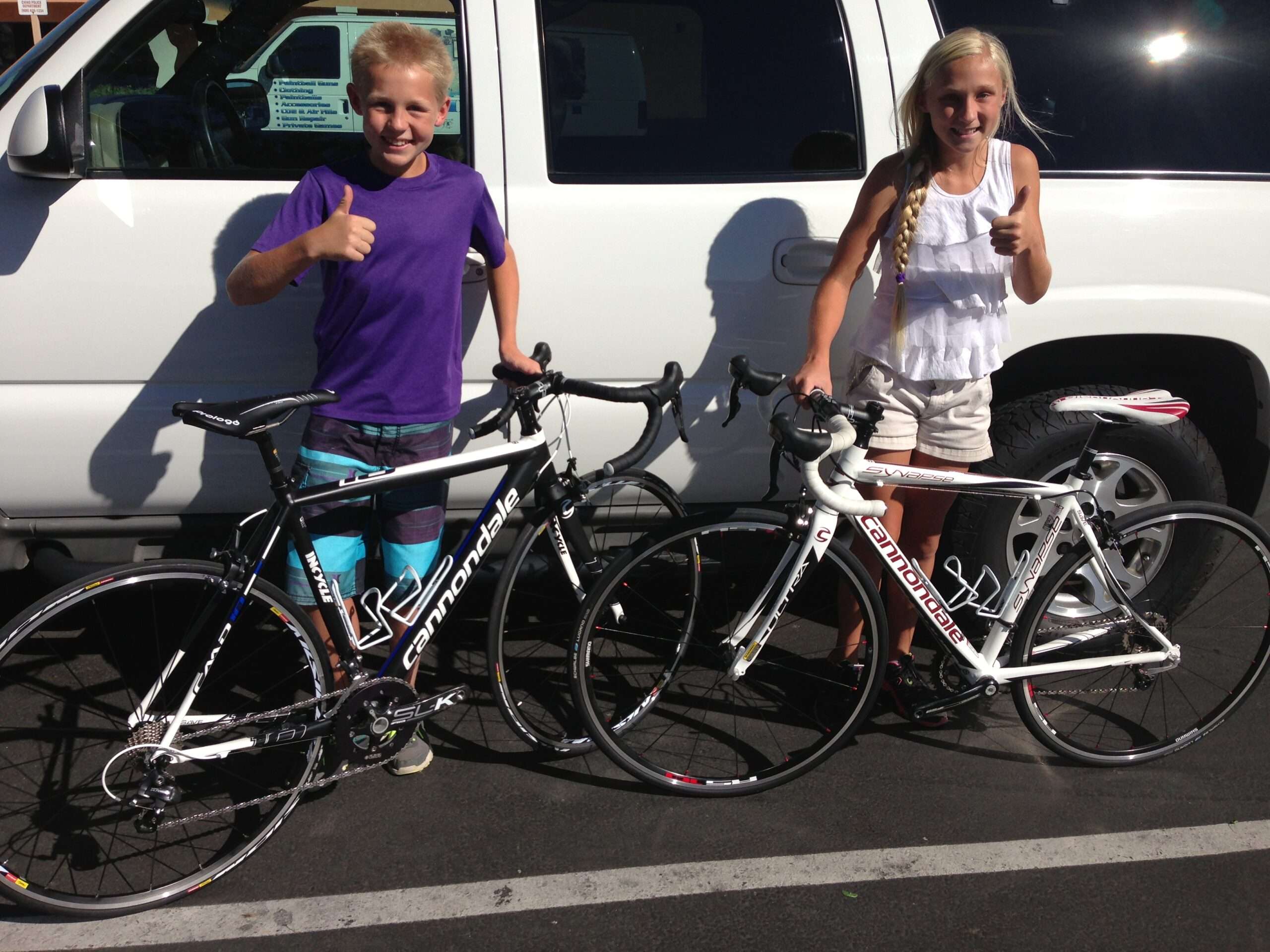 From there, my dad started teaching my brother and I how to corner and sprint. He convinced our mom to let us race a “local” race at the beginning of 2014. When I say local, the closest race to us was at least a 1+ hour drive, but races on average were 2hr drives. I don’t remember what went through my mind when my parents explained that the race started at 7 am, which meant we needed to leave the house around 4:45 am. It was probably something like, “they have to be joking, that is absurd!”

Nevertheless, my first road bike race was a criterium in Ontario, Ca. in January 2014. The race was thirty minutes for the 9-14-year-old girls and was combined with the 9-12 boys. We raced together but were scored separately. Thankfully, I went to a junior camp a couple of weeks before and recognized some of the faces on the starting line. The 17-18 junior men would start one minute in front of my category. When you are 11 years old and lined up behind 17-18 guys, it makes you a little concerned about what you signed yourself up for. Right after the 17-18 guys started, my group rolled up, and the referee began giving the prerace instructions. It sounded like a foreign language to me at that time; “Report to rollout directly after the race, if you are overtaken by the other category on the road move over and let them pass, do not join the other group, listen to all the instructions from the motorcycle referee.” I listened intently to the instructions for that first race, but I didn’t comprehend most of it. Soon after the last instruction was given, the referee said, “Any question?” There was no reply, “Start on the whistle.” Off we went.

I felt comfortable riding my bike in a group, knew how to corner, and knew how to sprint. I wasn’t scared when I started, but I was ready to be going as hard as I could from when the race started to when it finished. When the whistle sounded, everyone rolled off casually and grouped up after the first corner; I was a little taken back. The race went by quickly, and before I knew it, the bell was ringing for the final lap. I don’t remember how I set up the sprint, or what I did, but I knew when I crossed the line that I had placed 3rd for my category and was thrilled. (I found out later that I actually didn’t even get out of the saddle and sprint, oops). 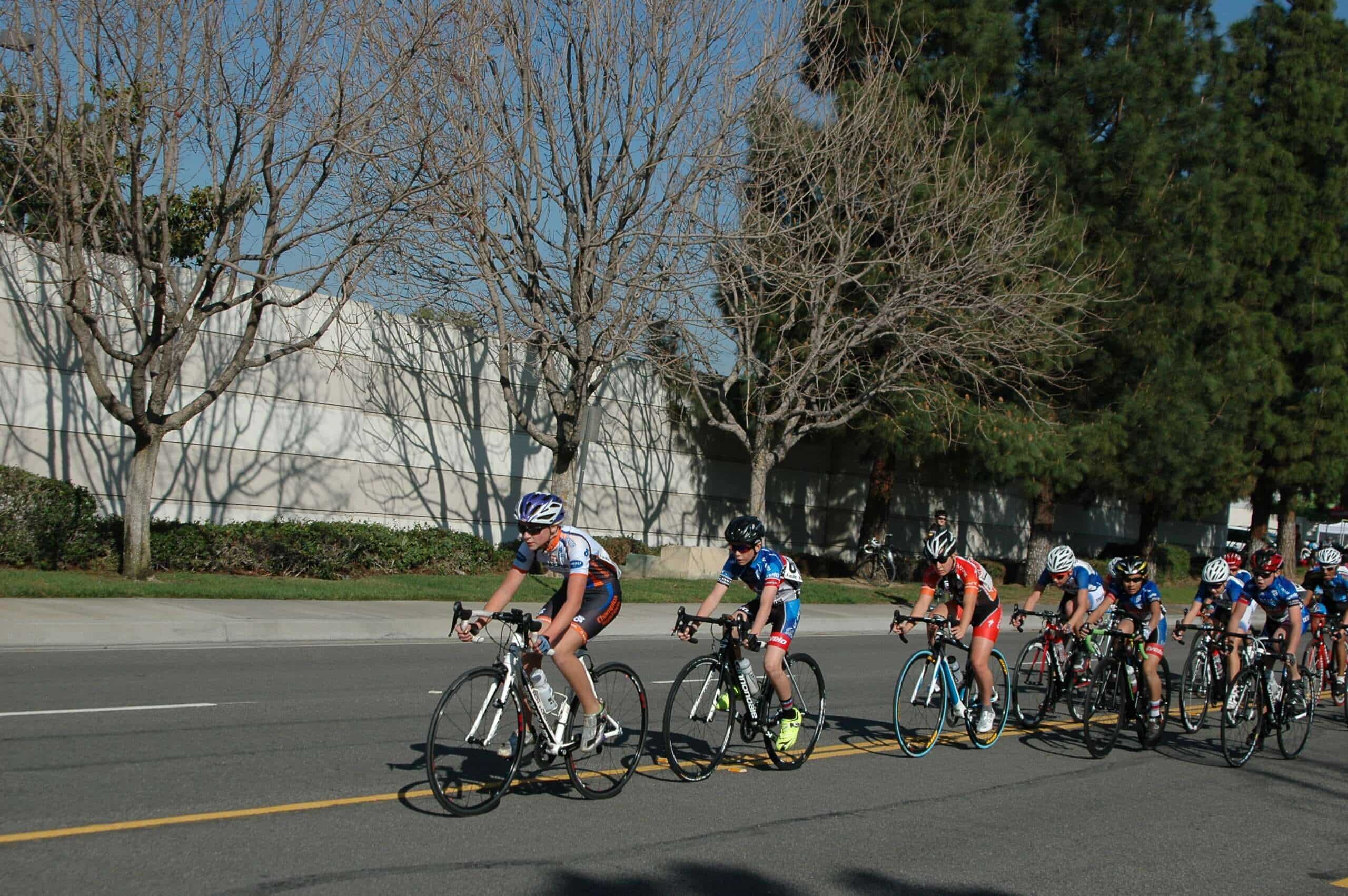 After the first race, I did another a month later and placed 2nd (I again didn’t sprint from what my parents tell me, but I don’t remember). The third race came around a month later, and this is what my mom remembers telling me, “Megan, can you please sprint this time? Dad has been working with you and Ryan a lot on sprinting. Do me a favor and sprint at the end of the race!” I don’t have any recollection of this, but I was probably too tired before 7 am to remember it. Anyways, I sprinted and ended up winning my category and beating the boys also. From there it went to racing every two weeks to racing each weekend. After that third race, I ended up winning all my races in the 9-14 category that year except one where I placed 2nd. I also started racing an hour after my category in the 15-18 girls category, which raced with the 13-14 boys. I placed in the top five in most of these races and podiumed at several. After about five months of racing, I entered a women’s category 3/4 race after I had completed both of my junior races. I don’t remember much from the race other than I had a good time and placed 6th.

From this race, I believe the next event was junior nationals in Madison, Wisconsin. Several people recommended my parents to take my brother and I to nationals. They said we had the potential to perform at the national level. Although several people said encouraging things, there were still some who said it would be a waste of money. I still didn’t understand what everything meant, but traveling to another state to race sounded like a great idea. I also don’t remember if I needed to convince my parents to take us, but I know that they thought it would be a good idea to give us the opportunity to see where we stood compared to other cyclists our age.

This concludes part one, but part two will be up soon and will include my first travel day and National Championship experience.