Team SD Worx live-streamed their team launch earlier today, giving huge insight into what the team members and coaches have in mind for the 2022 season ahead.

Throughout the launch, we were able to sit through interviews with various riders of the team and also an exciting chat with their new team coach, former world champion, Anna van der Breggen. 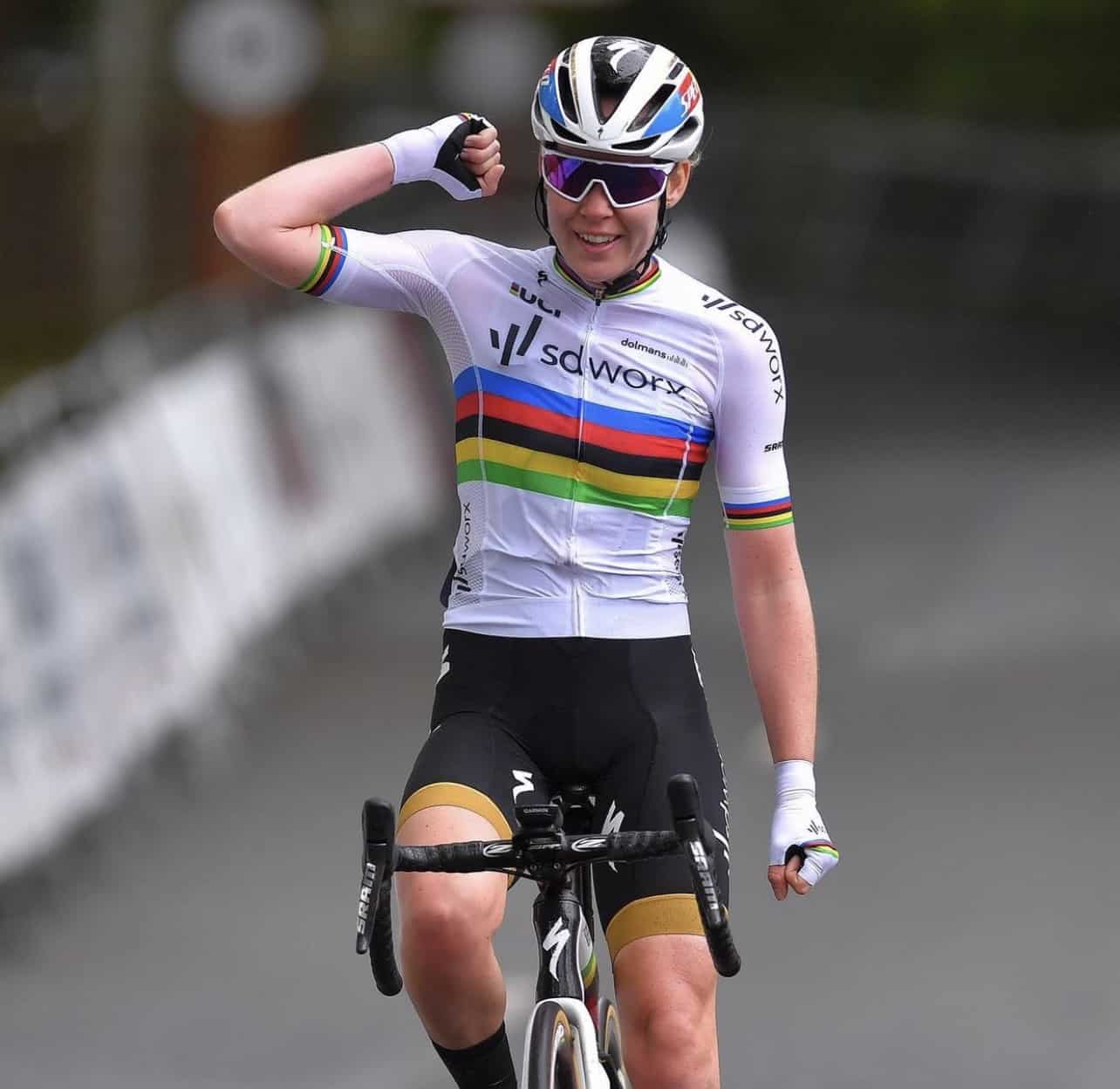 The launch started by taking the time to show support, thoughts, and love for team rider Amy Pieters.
Sadly there was no recent news to update on Amy’s situation but the rider is facing some “dark pages of a beautiful book”.
“It is nice for the team to be together at this time, to give one and another a hug. To carry on doing what Amy would like us to do, riding our bikes.”

The team became the most successful women’s world tour team in 2021 and new coach, Anna van der Breggen said that this will be their biggest challenge for the year ahead.
“It is an exciting year for women’s cycling with lots of new teams and riders developing. As long as we ride well and keep feeling happy as a team, the results will come.” 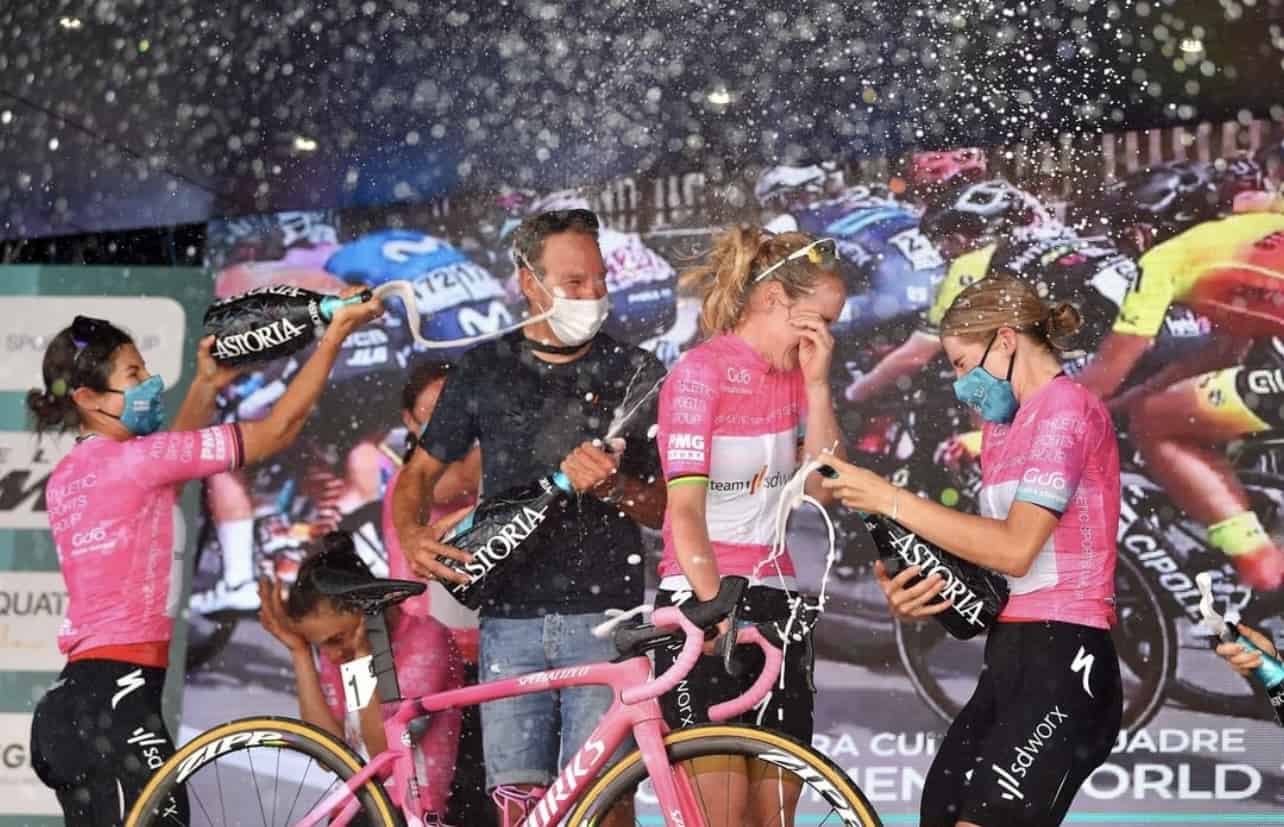 As rider Ashleigh Moolman Pasio announces that 2022 will be her final season as a professional cyclist, Chantal Van den Broek- Blaak announces that instead of her initial plans to retire at the same time as former teammate Anna van der Breggen, she has re-signed with the team until 2024.

Chantal went on to explain that as the end of the 2021 season approached she became less certain of her decision to retire, revealing that following an enlightening conversation with the team they would support Chantal’s decision wholeheartedly to come back to racing for the next 3 years with the understanding that starting a family and then returning to the sport is high on her priority list.
It is another hugely welcoming step forward for women’s cycling, teammate Christine Majerus who starts her 13th year with the team added ” It is nice in Chantal’s case that she will not have to make the decision between these ‘two’ jobs (being a mother and a rider). 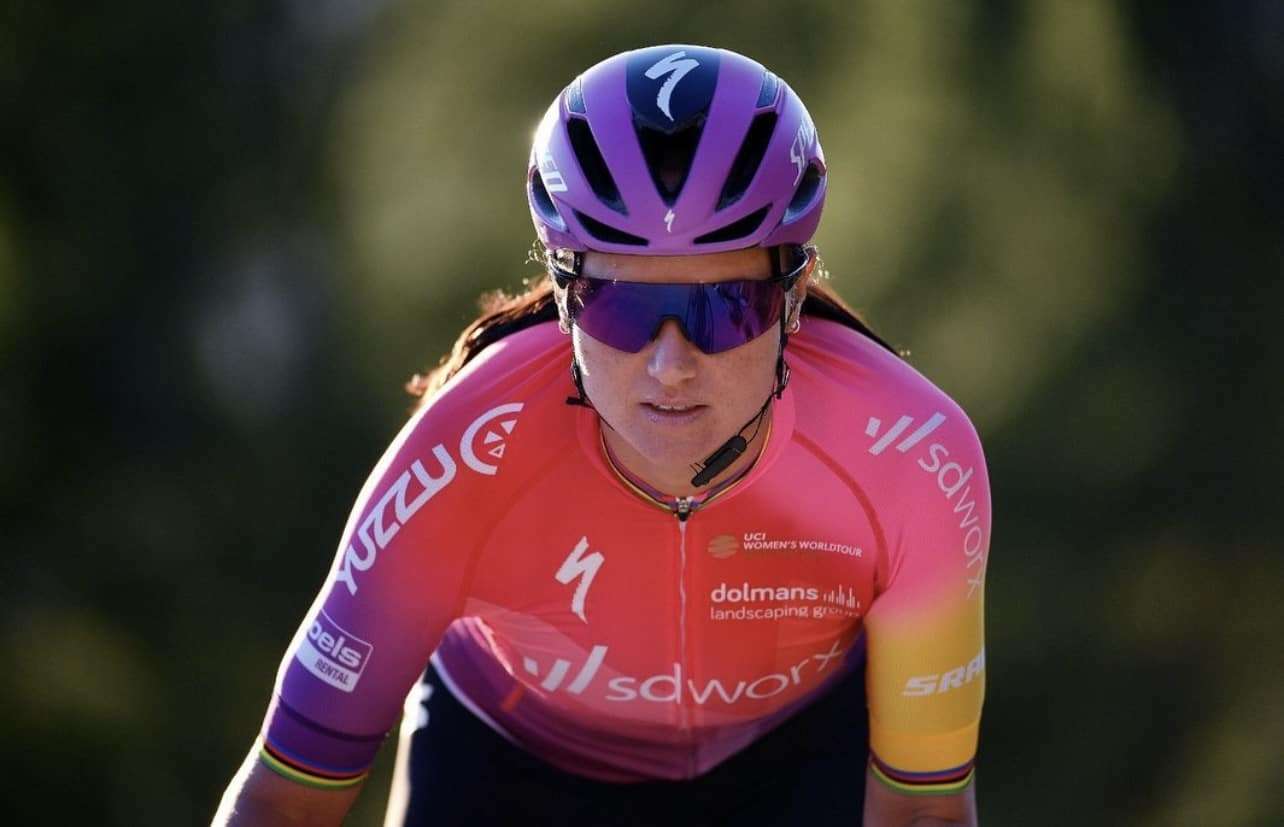 Ashleigh Moolman Pasio was certain of her decision and looks forward to relishing the remaining opportunities she has in the year ahead, stating that “although I have been racing for many years, I still have not won a world tour race”.
Ashleigh also made it clear that she plans to give back to the cycling community and is working closely with Esports to do so.
Ending the interview with her best advice to the younger riders on the team;

” Keep having fun and fueling the fire in the belly to succeed”.

Later in the Launch, we heard from Demi Vollering, a rider who has been named on numerous occasions as ‘the next Anna- van der Breggen’.
” I see it only as a big compliment, of course, I would dream to win all the races Anna has but I will do it my way”.
The rider has signed with the team for another 3 years adding “I am riding for the best team in the world, what else could I want?”

Elena Cecchini reflects on what she says has been a fantastic first year with the team in 2021, stating that everybody on the team has made her feel incredibly welcome.
“I will be looking to ride well in races like Trofeo Binda and of course, I am a proud Italian so will target the Giro rather than this year’s Tour de France!”

New signing, Lotte Kopecky is another of the team’s extremely talented riders to add to their roster.

“If you see how the team are dominating especially the spring classics, is something I dream about, being a part of the team is going to help myself win at the big classic races. Seeing how everybody is going here on training camp, I think next year will be another strong year.”

“You see the start list, you see SD Worx and you see she can win, she can win and oh she can also win.”

“I dream of winning Flanders and I hope that this team can help me with it.” 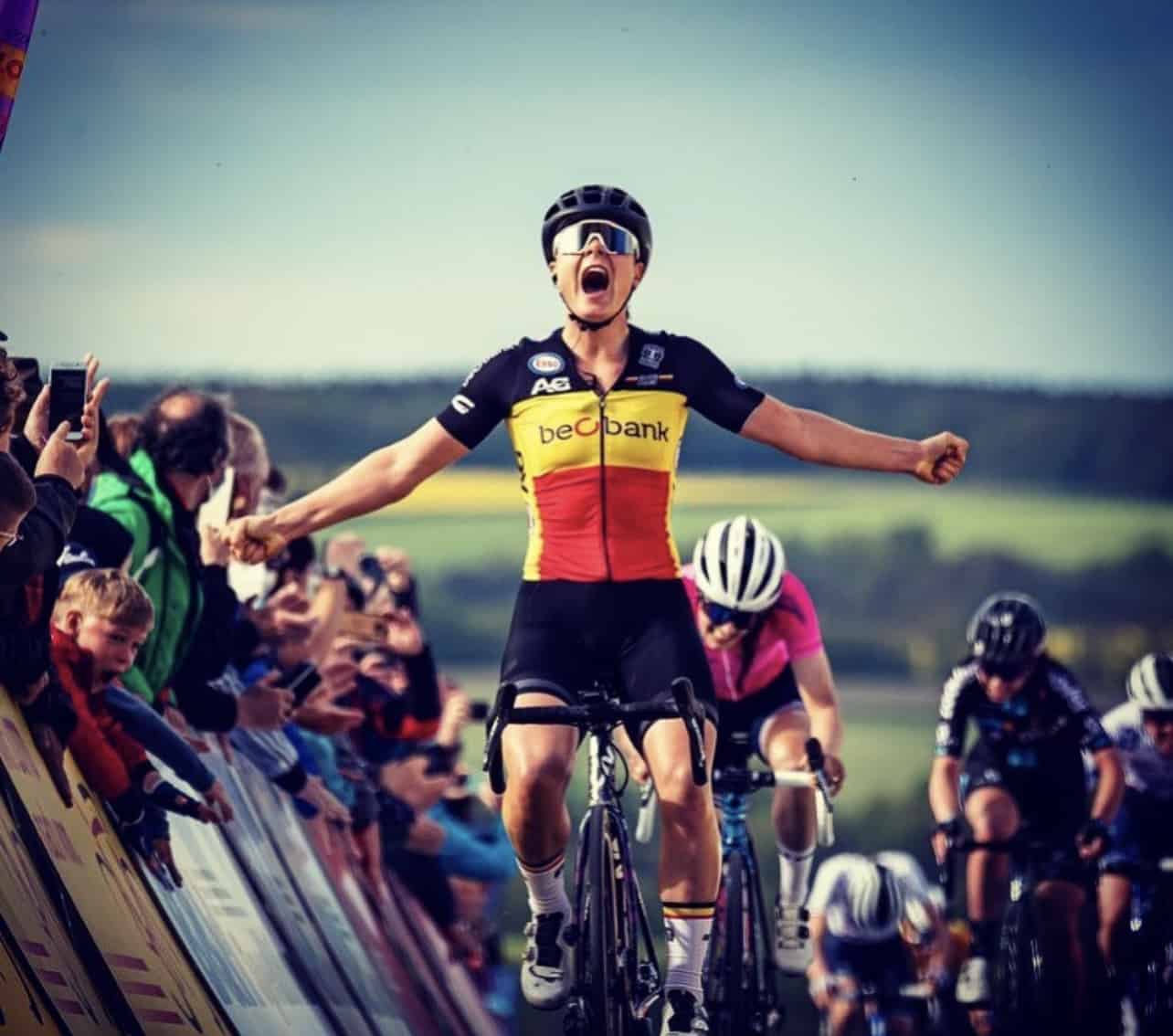 It is clear throughout the launch that the riders are all excited and eager to get their season underway. It is sure to be an extremely exciting year for the team.

Everybody here at Voxwomen would like to share all of our thoughts and prayers with Amy and of course her friends and family at this incredibly hard time.