Now that I have been on off-season for a few weeks , I realize how crazy the second half of my season was. My last blog ended with me racing my first world tour race at the Simac Ladies Tour, but after that, it has been nonstop traveling, racing, and school. I wish I could say everything was smooth sailing for my first season in the World Tour, but it ended up being far from that.

After the Simac Tour ended, I was supposed to race the Madrid Challenge in Spain (another World Tour stage race). I made it to Spain but brought a nasty sickness with me, which took me out of the race as I was having chest pain and breathing issues on the first stage (it was not COVID-19 – don’t worry!). Sadly, this was the start of my bad luck for the rest of the season. I couldn’t travel home early, so I ended up just quarantining from the team and doing schoolwork in the hotel until I flew back to the USA. 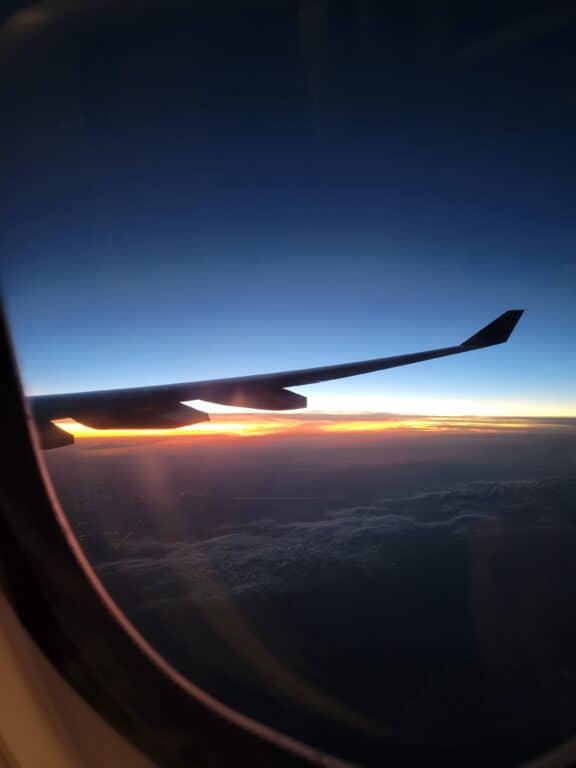 After making it to the USA, I went back to my university and resumed in-person classes. I love taking online courses, but it was refreshing to be in person again and back with my friends and teammates at school. When I was finally able to start training again, I had already taken seven days off the bike and needed to rebuild again. I only had a couple of weeks at school before flying back to Europe to race the inaugural Women’s Paris Roubaix and the Women’s Tour of Britain. I was motivated and excited to be selected to race these races with the team. I felt comfortable on the bike and was ready to go back to Europe to race again.

Travel went well, my race openers felt great, and the energy around the first Women’s Roubaix was amazing. Everything was lining up until it wasn’t. I was caught in the first main crash before we even reached the first cobbled section and went straight into a curb with my right hip and could not continue – another DNF, swollen hip, and some lost skin. As soon as Roubaix finished, we drove the UK and then had one day before the Tour of Britain started. A spin ride on the day in between and a long warm-up the day of stage 1, the body was as ready as it ever was going to be. I felt great during the race and was given the opportunity to sprint for the win as I had made it over the final climb in the front group. 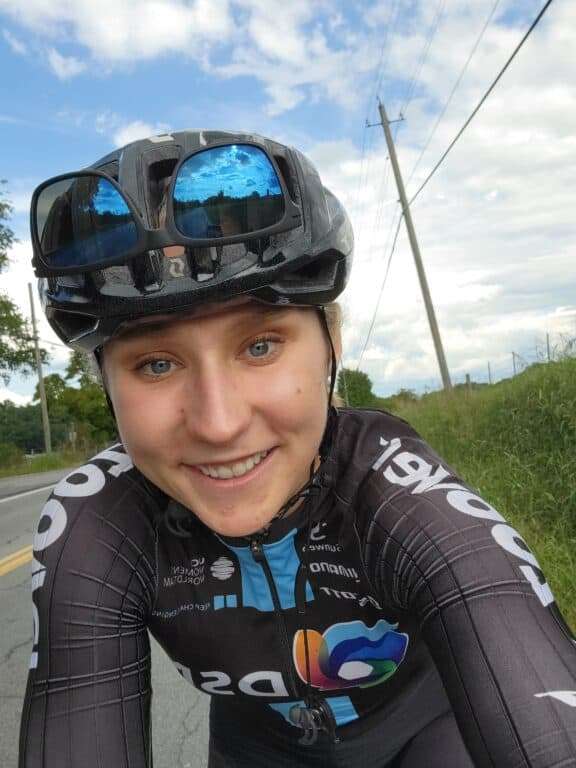 It was a crazy experience, and the team put complete faith in me. All was going well until the final roundabout with 1.2km to go. A group from the right side of the roundabout cut all the way over to the left side of the road and caused a crash. There was nowhere to go, and I ended up going into the curb with my left hip this time – more bruising, less skin, and shrinking morale.

I started the next day after being cleared from the team doctor and felt okay during stage 2. Stage 3 was the ITT, and my body did not handle it well. I only needed to make the time cut, but my body was shutting down, and the team doctor decided not to let me continue to race. In the moment, I was heartbroken and disagreed with the decision, but looking back, it was the right call. The following day I woke up with another cold as my body started to go into survival mode.

During this time, I was missing my midterm exams for university. As soon as the tour finished, I flew back to school for one week to make up my exams before flying back to the Netherlands to race the last race of the season, Drenthe. I was barely able to walk after the long travel day; I needed to go to classes, make up midterm exams, get healthy, and needed to ride and train before Drenthe. Thankfully, the exams went very well, and I started to loosen up after a couple of days. Before I knew it, I was back on a plane to the Netherlands and the last race of the season was about to start. At this point, I was ready for anything to happen. I was motivated to race and wanted to end the season positively. Thankfully, I had a good day on the bike, and the team rode amazing, as always. The team came away with the win and five in the top eight.

To say I learned a ton and had all kinds of experiences in my short season would be an understatement. Even with the bad luck, I gained valuable experiences that will help me going into my first full season on the road in 2022. I can’t wait to share my experiences from the coming season!