From almost 9,000 riders…. to just 10. This year’s Zwift Academy has been the biggest yet, with 8872 sign-ups, working their way through the challenging Academy program, consisting of four group rides and fiercely competitive races and eight lung-busting, leg-shredding workouts. 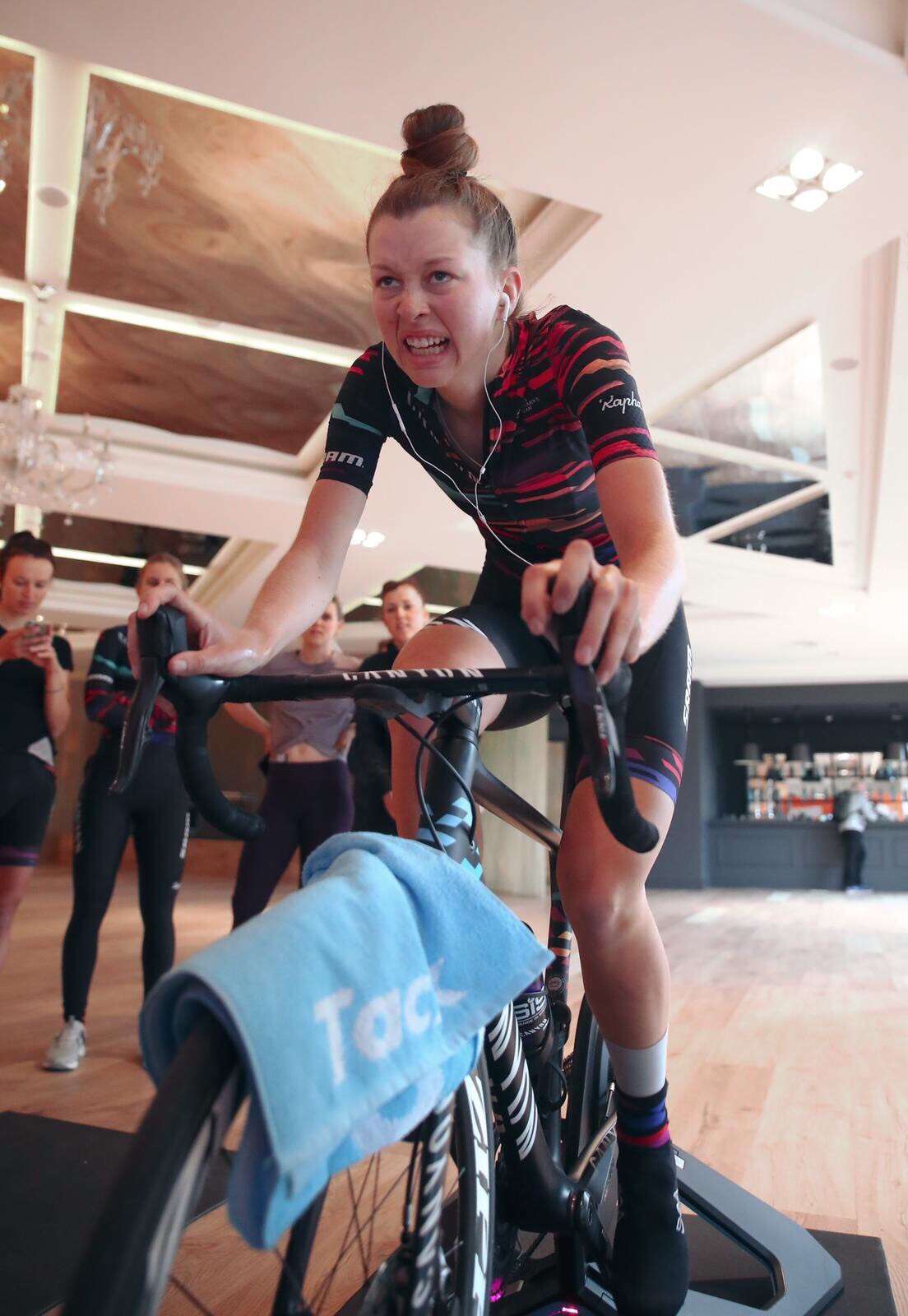 The semi-finals take place from October 15th -28th. Riders complete a program of four Zwift workout and three longer outdoor rides. The three finalists will be announced in mid-November, and will be invited to attend the CANYON//SRAM training camp in mid-December, where they will be put through the paces and the team will select the winner to join the team for the 2020 season. 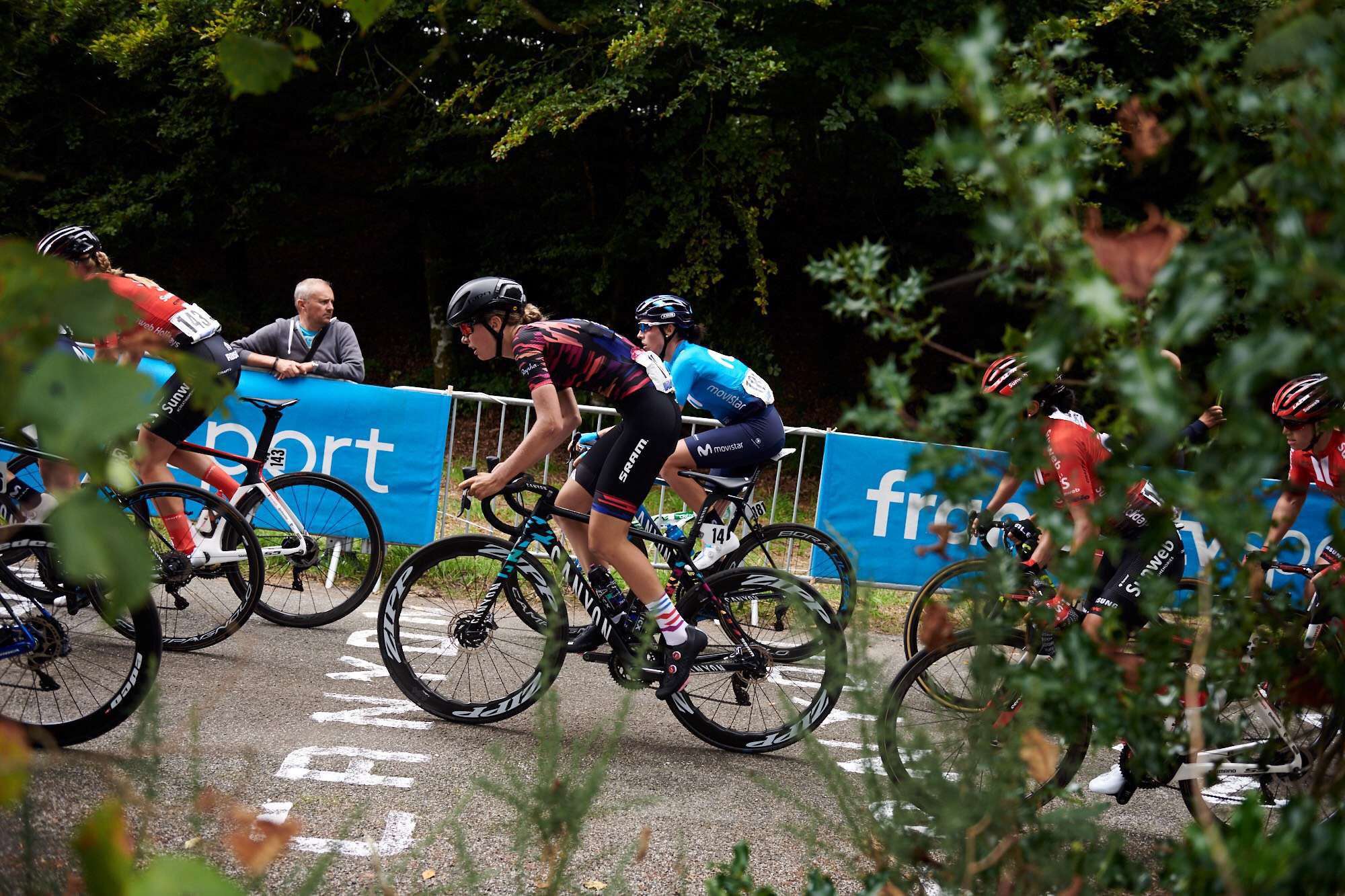 Now, meet the 10 riders bidding for a chance to be signed for the World Tour team, following in the footsteps of Leah Thorvilson, Tanja Erath and Ella Harris.

A full-time osteopathy student, and a former competitive swimmer Olivia is multi-talented. After a stint doing triathlon, she focused solely on cycling when she was 15, after being spotted and signed by a regional team. She is currently the Under-23 national champion in the time trial and road race, and has dreams of becoming a GC rider, and time-trialist.

Catherine is experienced in the demands and rigours of the Zwift Academy semi-final, having been a semi-finalist in 2018. Turning professional has been a lifelong dream for the South African rider, who is skilled on both the road and the mountain bike, and has tactical road racing nouse too. She was the Under-23 national road race champion in 2018, and can both climb well and handle technical descents.

Once a strong runner, having won national titles in athletics, Imogen progressed through a Cycling Ireland transfer program. She won the silver medal at the Irish Road Nationals, and has competed on the track too. Her dedication to making this dream a reality has seen her move to Mallorca, and more recently Belgium. Superb on long, sustained efforts, Imogen is working to boost her sprinting power.

Another 2018 semi-finalist, the former professional ballet dancer and Ironman champion Nathalie is back. She has been competing in cycling for just two year, and has stood on two Swedish national podiums – third in the road race and second in the time this year. Cycling has helped her find her passion for sport once again, and the semi-finals last year were one of the happiest moments of her life.

Veronica has only been racing for one year, transitioning from college soccer to crit racing in Seattle. Strongest in a breakaway, Veronica is capable of puting out huge power numbers between 1-10 minutes. And she is mentally tough too – she powered on with a puncture in her second ever road race just six miles to go to finish third.

Emily rowed competitively for seven years,  narrowly missing out on selection for the Junior World Championships. After four years with Princeton University, she was searching for a new sport to throw herself in to. Step up, cycling. She jumped right into road racing. Emily has the ability to lay down the watts for an extended period of time, and enjoys climbing.

A name you may recognise, Ione was a finalist in 2018, narrowly losing out to Ella Harris and is back to fight for the win. She too swam competitively in her youth, as well as playing rugby. She started cycling on the track aged 12, and never looked back. Ione is a punchy climber with a great kick and has been focused for the last year on developing her skills in tactics, and reading races. She feels ready to make the jump to World Tour, and ultimately becoming an Olympian.

Another Kiwi in the final 10, Mary Kate is a multi-talented sportswoman, playing hockey at university, competing in the kayaking nationals and running a half marathon. Competing at this level for years has given Mary Kate the mental resilience required to excel in cycling, be it climbing or in breakaways.  With just one year of racing under her belt, she has already secured seventh in the 2019 National Time Trial and has high hopes for her cycling career.

Jessica raced from the age of 12 in both triathlon and cycling, amassing valuable experience and accolades on the bike. These include the junior national road race title, and ninth at the Junior World Championships road race at Richmond 2015. She has since raced for the Australian development team throughout Europe, in 2017. An all-rounder, Jessica can climb and sprint from the bunch. She is also a full-time nurse.

Our third and final Kiwi, and our final semi-finalist, Samara found cycling after a running injury in 2006 forced her to choose a new sport. Initially her success came in mountain biking, as she was crowned national and Oceania champion. Her goal now is to become an integral part of a team, contributing to teammates’ success, as well as honing her road race and time trial skills. The 2022 World Championships in Wollongong, Australia, where she has been living for four years, remain a huge target.