“Phil and I are delighted to let everyone know that we are expecting our second child in September.” – Lizzie Deignan.

Three and a half years ago, Lizzie Deignan gave birth to the couple’s first daughter, Orla. In 2019, the former world champion made a successful comeback to professional cycling, winning The Women’s Tour in her return to top-level competition. Two years later, Lizzie made history as the first female winner of Paris-Roubaix, the Queen of the Classics. 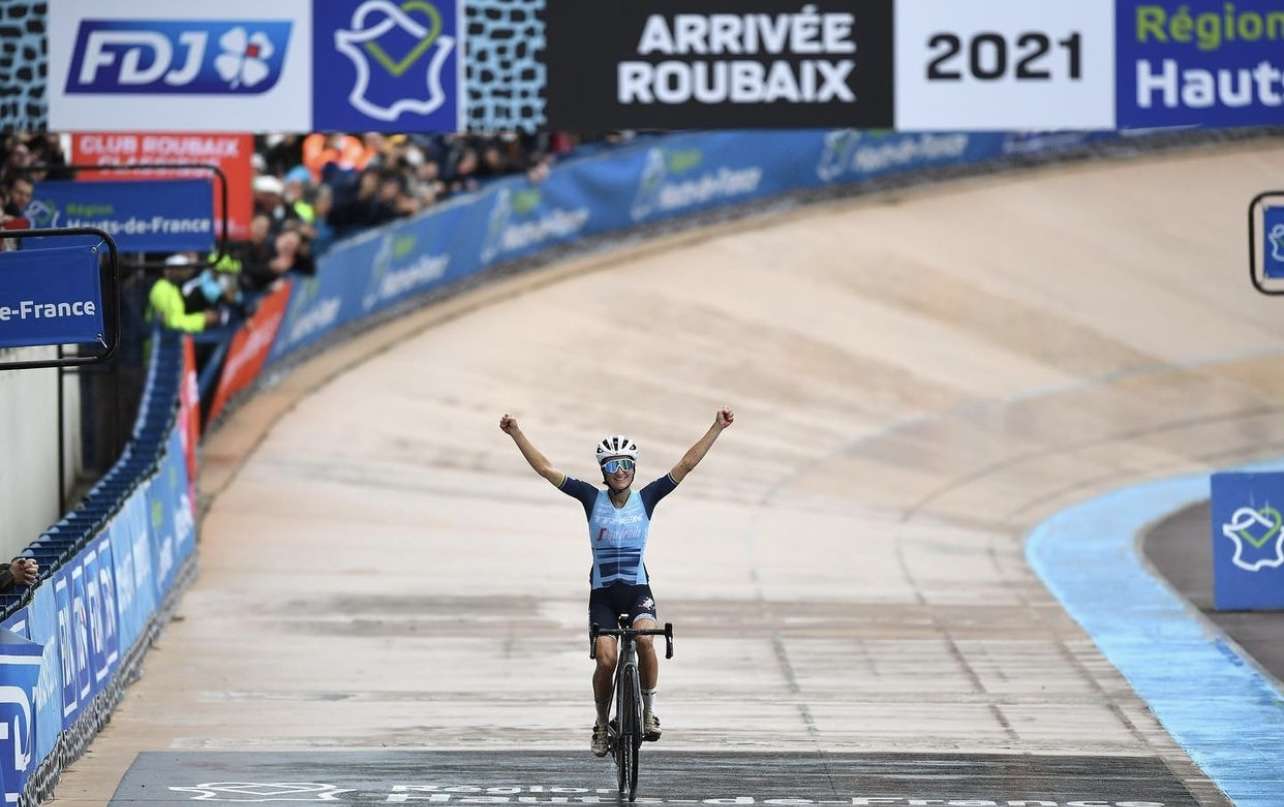 photo credit: Getty Images
Today, Lizzie and her husband Phil announced to the world that there will be a new addition to the Deignan family in 2022.

“Obviously having a baby is a big decision, but it wasn’t a difficult one for us. We’ve always wanted to have a big family and I think the time is right to have another child,” said Lizzie. “Orla is ready for a sibling, I feel like I am established and able in my career to make the next step to have another child, and everything behind the scenes fell into place. All the logical stuff like having a settled team and where we live was all really good. It was an emotional, but logical decision to make our family bigger.”

“I feel like I still have plenty to give from an athletic standpoint. For me, it was always obvious that if we were able to have another baby then I would still return to cycling,” Lizzie said. “I never expected to continue my career through not just one, but two pregnancies, but actually there’s been so many examples now of successful women returning to the sport, and especially older women returning to the sport. I don’t think the same stereotype of athletes retiring at 30 in their prime is necessarily true anymore.

“Having been through the journey of having a baby and returning to the sport, I’ve realised that it is possible, and physically it’s actually easier than I expected. It’s obviously demanding and challenging on your body but it’s certainly not limiting, so that was a huge surprise after having Orla, and something that helps my decision in coming back after another baby.

“It’s the stuff around it; the family life balance that sometimes is difficult to manage, but I also think that we’re at the point now, three years after having Orla, that we know what we’re doing and we feel like we can manage more, and we actually enjoy that.”

Trek-Segafredo signed Lizzie back in  2018 during her first pregnancy expressing that she is equally an incredible rider and ambassador for women’s cycling. The same remains true today and Lizzie will have the team’s full support throughout her pregnancy and beyond.  Trek Segafredo also announced that Lizzie has signed an extended contract through 2023 and 2024. 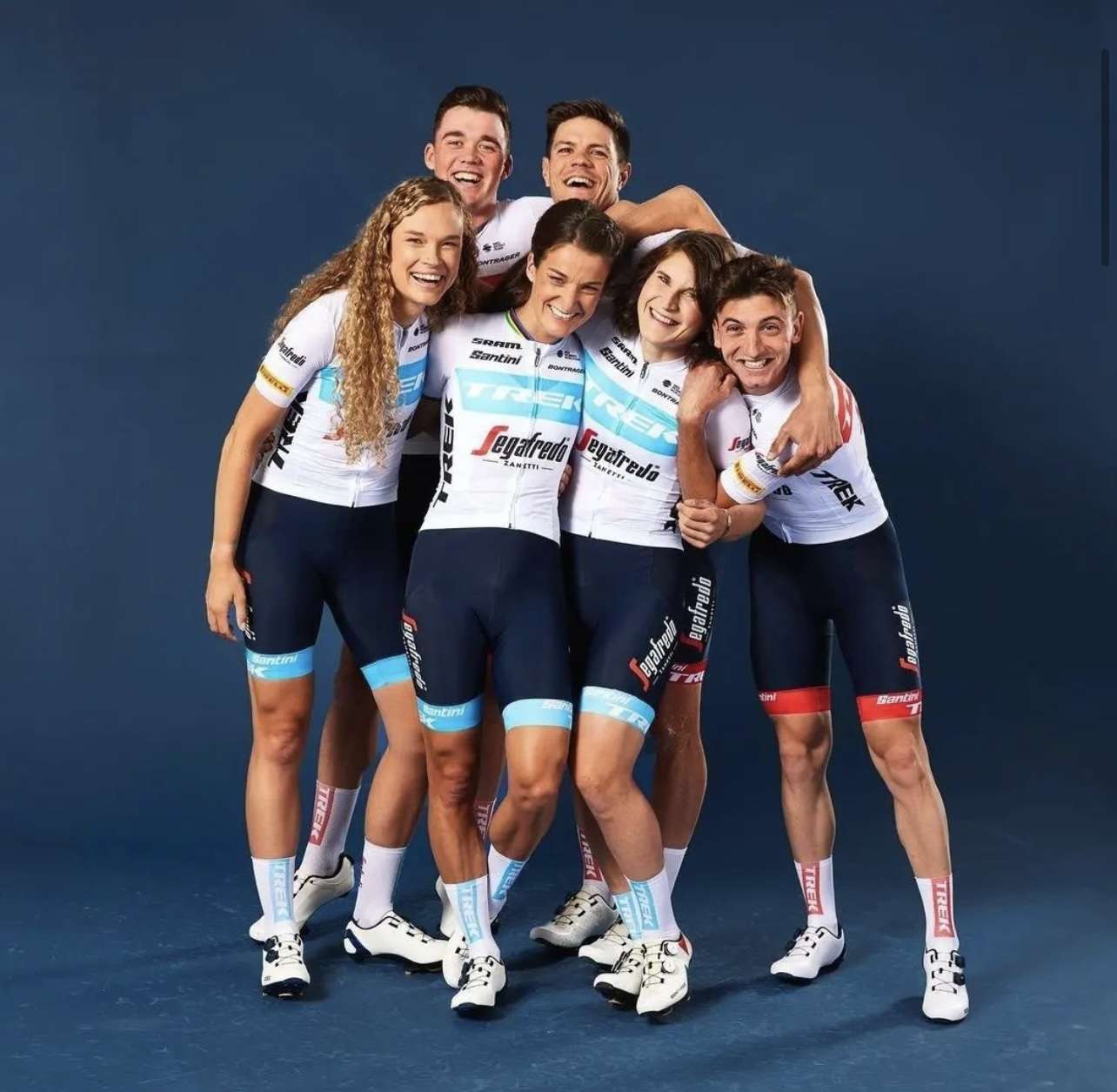 “It’s been quite an emotional experience, actually. Talking with Trek and telling them about my pregnancy, they gave me their complete support,” Lizzie said. “I first told Ina, my Sports Director, and her immediate response was ‘That’s f***ing awesome, congratulations!’ That took me back, really. It meant so much to me personally to have that support. I’m a professional athlete in a professional cycling team, but the support feels very personal and I’m incredibly grateful.”

The reigning Paris-Roubaix winner  will miss the 2022 racing season before returning in 2023 with Trek-Segafredo. This does mean that Lizzie will miss the first year of The Tour De France Femmes 2022.

“I don’t think there’s ever a perfect time to have a baby. Just like there’s never a perfect time to retire or to have an injury. There’s so many things in sport that might make you miss an event, and for me it’s the Tour de France Femmes and the Commonwealth Games this year. Next year it could be the first ever women’s Milano-Sanremo, and that would be an amazing thing to take part in. I’m able to see past what I’ll miss. I’ll be there watching the girls and I’ll be right behind them. I know I’ll be envious at some points too, but it’s worth it.”