The partnership sees Israel- Premier Tech make their first step into women’s cycling for what the team hopes to see as a long-term collaboration.

“This is an exciting time for Israel – Premier Tech and we are delighted to partner with Roland Cogeas Edelweiss Squad. Like we did three years ago, the team is making a significant step up to the UCI WorldTour level and we are proud to play a role in their development, sharing our expertise and support throughout the season,” said Israel – Premier Tech partner Sylvan Adams.

“After welcoming Premier Tech as our partner just one month ago, it was a mutual decision to broaden our presence in cycling to include a women’s team and a natural next step for IPT, alongside our UCI Continental Team Israel Cycling Academy. We identified Roland Cogeas Edelweiss Squad as the perfect team to sponsor, particularly when it comes to our vision of developing Israeli and Canadian talent, and a team that would benefit immediately from our financial and structural support. It is for one year to start with, but we see this as potentially blossoming into a long-term partnership.”

Due to different technical sponsors, Roland Cogeas Edelweiss Squad will continue to operate as a separate structure throughout 2022 however, Israel- Premier Tech explains that they will share knowledge and resources to support the team as they transition to the UCI WorldTour.

“In the five years Premier Tech has been in professional cycling, it has always been our vision to be involved in women’s cycling. As we start our next chapter as Israel – Premier Tech, it felt like the right time to make it happen. With Sylvan Adams and the IPT management, we agreed that forming a new team was not the right move and the team’s investment and support would have more impact in a partnership with an existing team. I am very happy to see Israel – Premier Tech’s presence in cycling expand to women’s cycling and I am sure we will only strengthen this presence in the years to come,” added Premier Tech President and CEO and IPT partner Jean Bélanger.

Since the Switzerland-based Squad was founded in 2018 by Ruben Contreras their sole focus has been the identification and development of young cyclists.

“The announcement of this partnership with Israel – Premier Tech marks the beginning of an exciting new chapter for Roland Cogeas Edelweiss Squad. We have always believed in a step-by-step approach and, thanks to our new partnership with Roland, we were able to step up to the UCI Women’s WorldTour level in 2022 as Switzerland’s first women’s WorldTour team. Now, with Israel – Premier Tech joining as our sponsor, we have an even brighter future ahead of us. I am very happy with this Swiss – Israeli – Canadian partnership which will be rich in shared cultural knowledge and see wonderful progress in the development of our young riders undertaken by passionate people like Sylvan, Jean, and myself,” explained Contreras.

“We will have the opportunity to benefit from Israel – Premier Tech’s experience which is crucial for a team like ours with a strong focus on the development of young riders. We are looking forward to expanding this development program to include Israeli and Canadian riders, starting this season. However, our focus is not just on the road, but also on our riders’ participation in various social development and humanitarian projects. This includes the construction of houses for the less fortunate, the creation and sponsorship of a cycling school for children in both Siberia and Latin America, and student grants, all under the umbrella of our Rebecca foundation, which very much aligns with IPT’s Racing for the Change initiative. The partnership is nothing short of a perfect fit.”

The Squad plan to start their 2022 season off on February 17th at Setmana Valencia-Volta Comunitat Valenciana Femines, where they will bring their new kit featuring the Israel- Premier Tech logo for its first debut in the peloton. 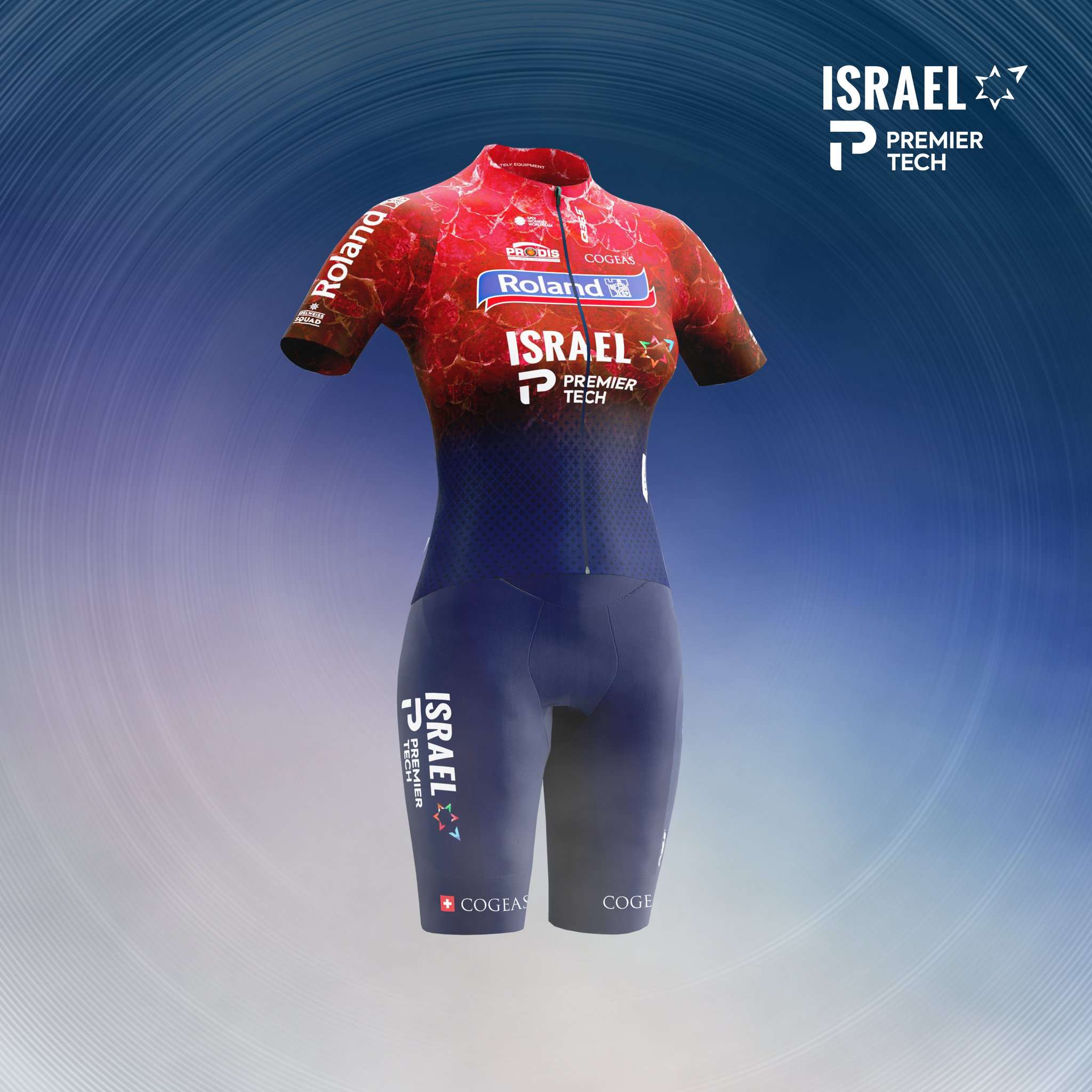 The Roland Cogeas Edelweiss Squad to look out for;

Keep following us here at Vox Women for further updates as racing starts to get underway.