Going through a change of pace

I’m really looking forward to putting pen to paper and sharing my thoughts through Voxwomen for my third year. Okay, that was a touch of creative license there as fingers to keyboard doesn’t have quite the same ring, but the excitement part remains true. It’s always satisfying to have an outlet where I can put all those years of high school English writing classes to use.

I don’t have any terribly exciting news to report from my end. I’m currently in New Zealand, but unfortunately the past couple of months haven’t been plain sailing for me. That’s been quite a recurring theme in my life recently, but I’m really not one who likes to wallow in my own misery or make mountains out of mole hills, so although I’m taking a different approach than planned to the start of 2021, I’m trying to make the best out of this alternative situation. I just had a lovely summer holiday in Central Otago, which is three hours inland from the coast where I live, and far warmer. We swam in the 12 degree Lake Wakatipu everyday, frequented our top pick cafes and tried new ones, cycled in the shadows of picturesque mountains, and went to a favourite restaurant of ours which was serving $20 NZD “all you can eat” pizza not once, but TWICE. Bargain if you ask me, especially with complimentary garlic bread and fries. 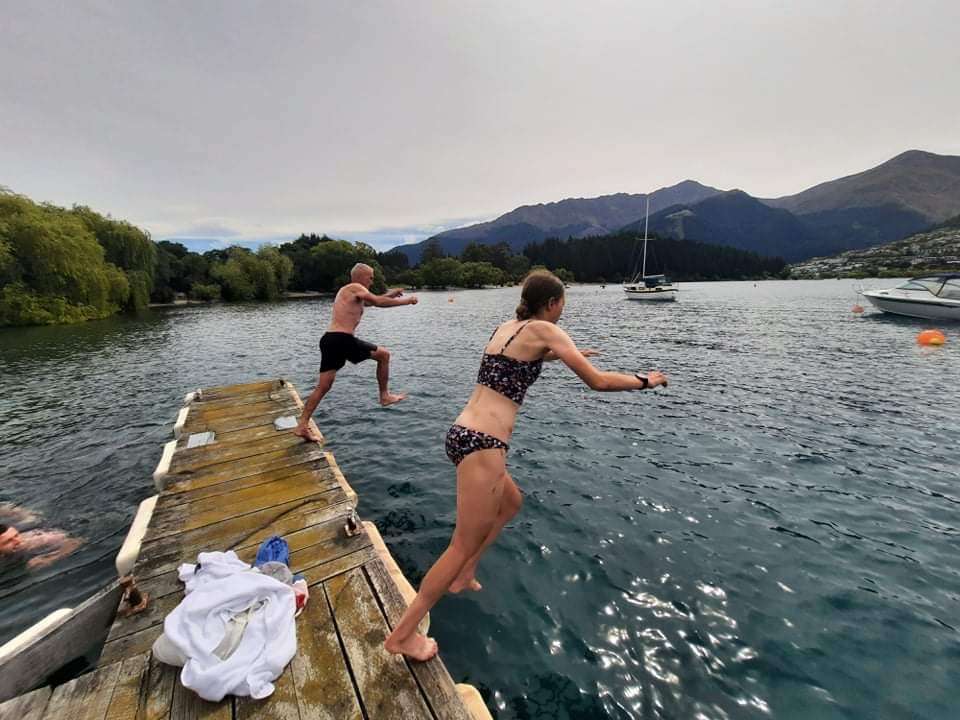 To contrast my genuine enthusiasm for good food deals, there are many challenges and issues that people face behind the scenes, that those looking in from the outside don’t know about. I really detest the classic line “Instagram is just a highlights reel”, however as cliche as it sounds, it certainly has an element of truth. I would say that my social media isn’t entirely all the good moments – for example spilling coffee over my laptop in quarantine was quite the travesty to post publicly, as well as when I broke a toilet seat from obviously having far too much glute power. I would also outline that I’m not trying to suggest I have it tough because I simply don’t, but from coaching difficulties to health scares, there were a few moments in December and January when I was questioning if maybe a more stereotypical and regular life would suit me better. The most recent challenge stemmed from competing at a local club event in the New Year, a race which I have done a countless number of times in the past. 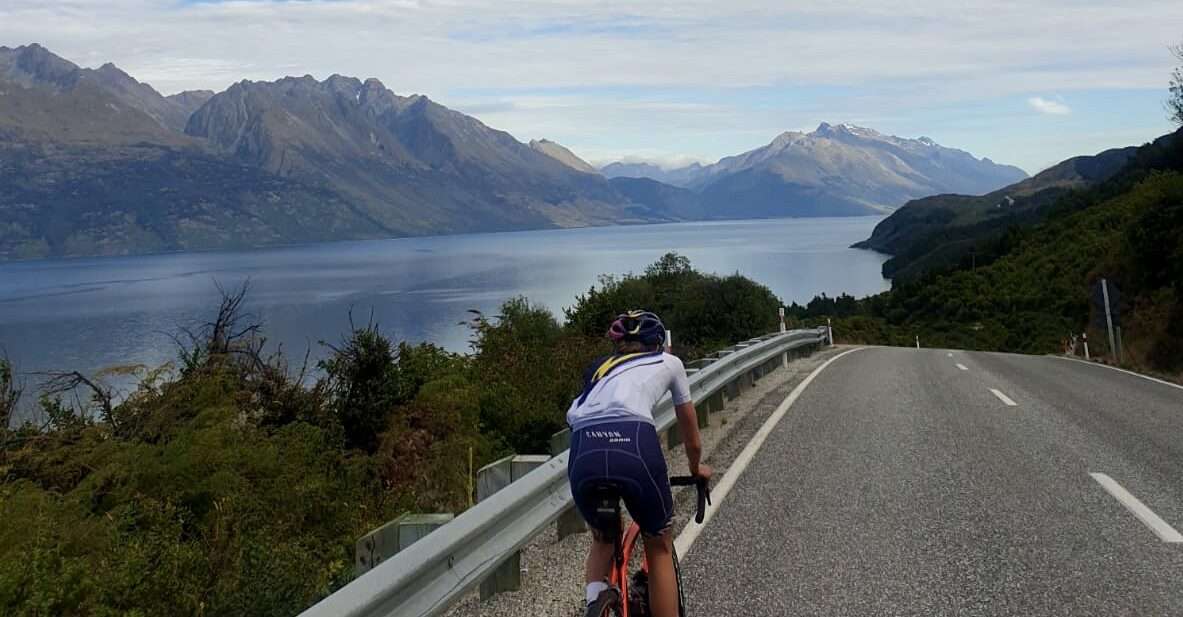 With it being my second race in six months after breaking my femur, the sensations were surprisingly promising and I was noticing major improvements since my first ‘comeback race’, that being the Madrid Challenge in late October. I was actually starting to feel a little more like my old self, and beginning to detect traces of the ‘old Ella’ prior to the leg break. My stability, muscle activation and power transfer had improved immensely, and it was satisfying to have strength back to put through the pedals. I enjoy riding with the locals from home as we share great camaraderie and banter, and chasing their wheels on a warm summer’s day was set to be a great test of where my form was at. The majority of the race was fantastic, however the final 1km completely overshadowed any positives, when I became an innocent victim in a bunch pile up. As my Mum wisely suggested “God just wasn’t loving you that day”, and decided to put another spanner in the works to really keep me on my toes. I wasn’t planning on getting involved in the sprint and my bunch position in the mid-rear was conducive to that; I’m not one to create unnecessary risk for myself when my two fast twitch muscles would only propel me to a bottom half finish anyway. Sometimes ambition can overrule ability, which was true in this instance when a less experienced rider decided to give the bunch sprint a solid crack – in all sense of the word. With my path suddenly blocked by objects that weren’t meant to be there and no emergency exit opening up, I went smack-bang directly onto my left thigh region from 55kph to stationary in the blink of an eye. A subsequent assessment revealed a small crack in my pelvis along with some muscular damage, both of which had me relying on crutches for the following couple of weeks.

That was four weeks ago, but now I’m fast-forwarding to more positive and optimistic times. I’m conscious of the fact that I hate self-pitiers and whingers, and certainly don’t want to be seen as one myself. I would be lying if I said that I immediately started envisaging unicorns prancing amongst daisy fields and repeating positivity mantras in my head – I didn’t brush the crash off and pop on my rose coloured glasses that quickly because it hurt mentally more than it did physically. I said more F words in the following five minutes than I have in my entire life, and vividly recall telling someone (actually the key perpetrator in the pile up) to “go away” as they apologised while I was leaning against a fence to hold myself up (sorry not sorry). I shed my tears, mourned for my destroyed bike, cried some more when I couldn’t make it to the toilet fast enough on my crutches (I’ll let you imagine what happened there), and vented my anger over numerous coffees. 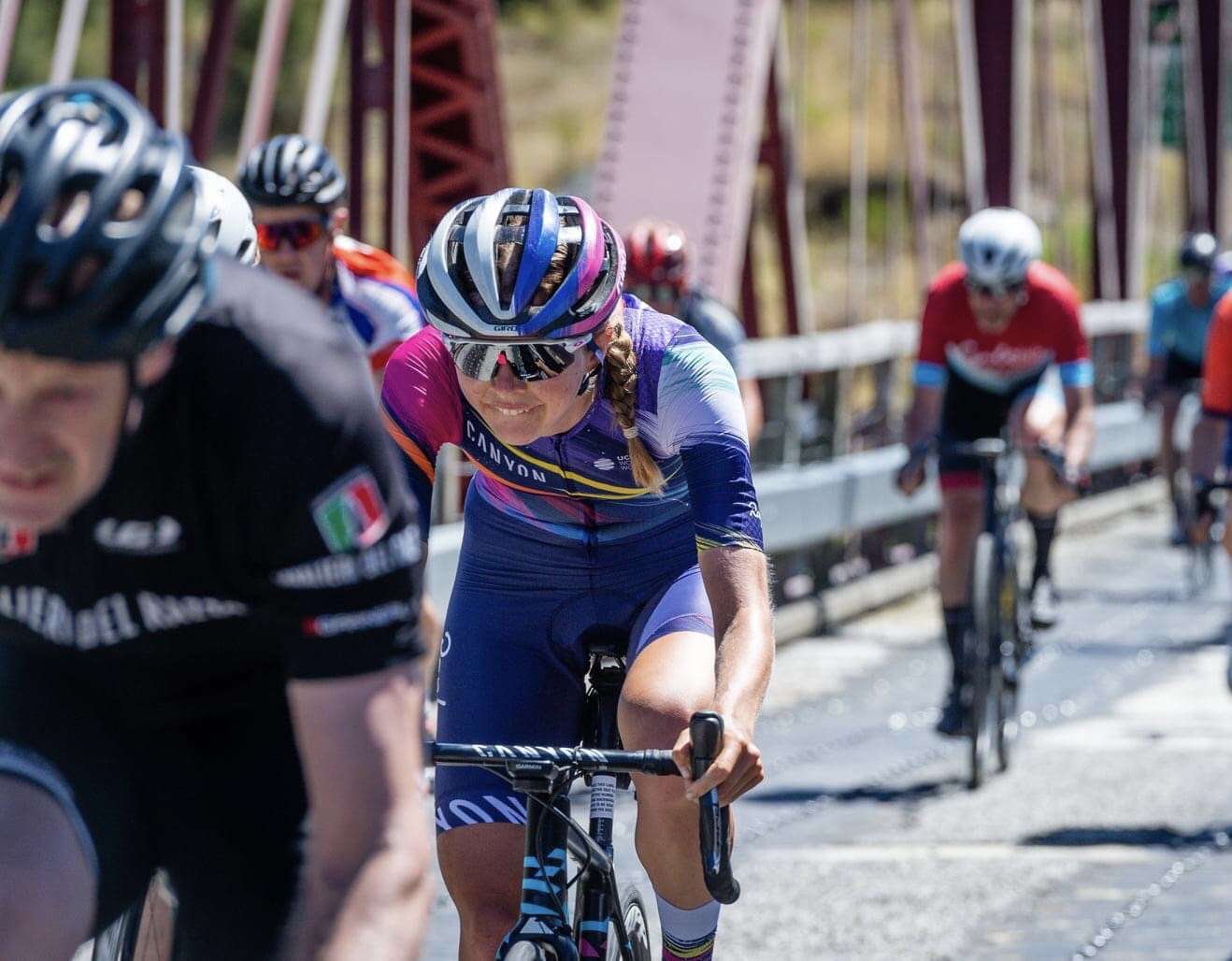 Unfortunately, sometimes you just can’t control how the cookie crumbles so once the grieving process that I outlined above was over, it was back to the drawing board in order to regather and redirect myself amidst this inconvenience. I’ve come to realise in the past that when life takes an unanticipated turn and things don’t go as planned, it’s easiest to just embrace the change and go along for the ride. There’ll always be fun to be had whatever the direction, and nice alternatives to be enjoyed even if they are the opportunity cost – just bringing out my Year 12 economics lingo there.

I found the temporary change of pace quite valuable, as I was quite unhappy with how my training had been going prior to the crash and was becoming increasingly worried about a lack of specific preparation towards Nationals. I hate to say it, but being forced to take a step back and not race at Nationals was almost a relief and a blessing in disguise, despite the fact that I’d dearly love to be lining up. This brief halt in cycling proceedings has wiped the slate clean yet again and has actually done wonders for my mind and body. I’m extremely motivated and excited to be working with a new coach who is completely blowing me away; I’ve never been quite so impressed and am fully trusting that he will take me to a new level. Along with this, I’ve been working hard and concentrating on off-the-bike aspects with the help of Cycling New Zealand and many highly skilled healthcare professionals in New Zealand. I’m really pleased with the progress I’ve made and everything seems to be slowly clicking into place – my on-bike performance and general feeling is significantly better as a result. I’m really looking forward to sharing my ‘learnings’ once I’m closer to my end goals as it’s been a tough process so far, but full of revelations and positive change. Let’s just say for now, my current motto is A.B.C – Always Be Chewing, and that you’ll never find me far away from snacks.

After seeing some rather average numbers popping up on my Garmin over the past six months, I’ve found my legs switching into another gear and feeling better in daily training than I was prior to my January crash. My physio doesn’t quite share my enthusiasm with this, but I believe the biggest silver lining of the latest bingle is the fact that I damaged the opposite side to the femur and as a result, my power balance has gone from 54-46 to 50-50… How brilliant is that?! Well I think so anyway, quite clearly my left side was getting far too controlling and really needed to be brought back down to size. I say that slightly tongue in cheek, but genuinely believe that my right leg has been able to properly fire again after being the major weight-bearer for a couple weeks – it’s quite amusing when your legs switch roles and the bad side suddenly becomes the relied upon one.

When you’ll hear from me next, I hope to have jetted off to Europe and be well into preparations for my first races of the season, ideally I’ll be making a startline sometime from mid-March to early April. From missing team camps to general Girona life, the FOMO has been very real, but on the other hand I’m very happy to be living a completely normal existence in a virus-free haven.

Thank you all for reading, for now you can catch me on instagram @elllaharrris – feel free to flick me a message or fire any questions my way.