To Roubaix or not to Roubaix – that is the question

Growing up my dad would love to watch all bike races, but especially one race: Paris Roubaix!

Like all (of us) cycling fans, he loves the fight, the dirt, the tired faces, the tragic and the heroic scenes that this very special and unique race has to offer. But more than that, he also raced the Paris-Roubaix-Challenge himself. So compared to the mountain stages of the Tour de France or the Giro d’Italia where he might know how it feels to climb some of the categorised climbs in training, to him Paris-Roubaix is the one race that he feels closest to.

The race that whilst watching he felt his hands and legs burn again, when watching Boonen and Cancellara conquer the Pavé Sectors like Trouée d’Arenberg or Carrefour de l’Arbre.

After the race was finished, he would tell me stories about the blisters, broken wheels, flat tires and the light Italian climbers jumping up and down on the cobbles and I would look at the small cobblestone-trophy on our shelf in the living room and imagine myself riding solo towards the crowds in the velodrome. 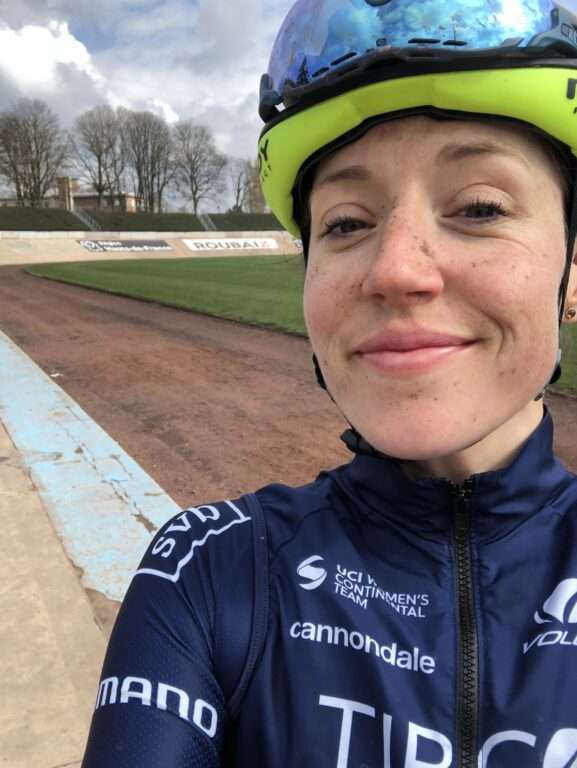 So when I heard about the first edition of a Women’s Paris – Roubaix taking place in April 2020 the word excitement might not be enough to describe how I felt. Unfortunately, and as we all know now the world had other battles to fight during the spring of 2020 and so the race was postponed till the 25th of October.

Maybe I should mention first that except in my imagination, until then I had never ridden those famous cobbles in the north of France myself. A course recon in August last year changed that and made my imagination become reality and what can I say: I loved it!

It feels a bit like playing a jump ‘n’ run game. You focus on the next few meters, the next obstacle as holes, dirt, gravel or just missing parts of the road.

You keep your speed high because it’s your best chance to make your way through the sector safely.

Well…it’s a bit harder on the legs, arms and back than playing a computer game seated on the couch though.

And then… I crashed! Not during the recon, but during a stage race in September. I suffered a severe knee injury that ended my season (Check out my February Blog if you are interested in the whole story!)

I had to accept the fact: No first edition of a Women’s Paris Roubaix for me and since I wasn’t sure if I would be back in the pro peloton at all, I didn’t know if I would ever be able to race this race that I was so much looking forward to.

But yet again the race was postponed: to the 11th of April 2021. I didn’t know how I felt about it or how I was supposed to feel. In German we have the saying: “with a laughing and a crying eye” which might describe my feelings best. I was concerned about increasing numbers of COVID cases all around the world that caused the postponement. I was sad for teammates and friends that were looking forward to race the inaugural edition. Still I would lie if I would pretend that there wasn’t that small part of me that was excited to maybe still be able to be a part of it myself. Not proud about that “laughing eye”, but I have to admit that I am quite averagely human. More than that it was a great motivation boost during my recovery.

Coming closer to April 2021 my new team Tibco SVB was planning two recon rides ahead of the race. One for pure course knowledge and one for testing wheels, tires and tire pressure.

But already the weeks before the recon, by looking into the news and the case numbers of the region, we weren’t sure if we would even be allowed to go there not to mention the race even taking place.

The day before we did the recon, 24th of March, french newspapers published a cancelation of Roubaix, but right after other sources reported that the cancelation wasn’t final and that the ASO would make an official statement the week ahead of the race. We did the recon and riding the sectors and my laps in the velodrome, I once again fell in love with this race.

Unfortunately the official statement confirmed the rumours. Another postponement to October 2nd  for the Women’s and 3rd for the Men’s race. I say unfortunately because you always hope till the last second that a race you are so much looking forward to is going to take place, but I also have to admit that I was somewhat relieved.

To me racing during a pandemic feels like a huge privilege and I am so thankful we are able to race, travel and still feel safe ourselves and for the people surrounding us due to constant testing and good hygiene measures put in place by teams, race organisers and the UCI.

Nevertheless I do see the conflict in putting up special treatment for pro sports while others are worried about their health, their lives and have existential fears. I guess all of us cyclists do still know that fear from last year not knowing how contracts, races and our livelihood would carry on. That’s why I embrace this privilege of “doing my job” (and passion) to the fullest.

But knowing that the region, we were supposed to race in, battled a utilisation rate of ICUs beds around 130% it just didn’t feel right to put sports in the forefront. Especially a race that’s also known for major crashes and loads of them. 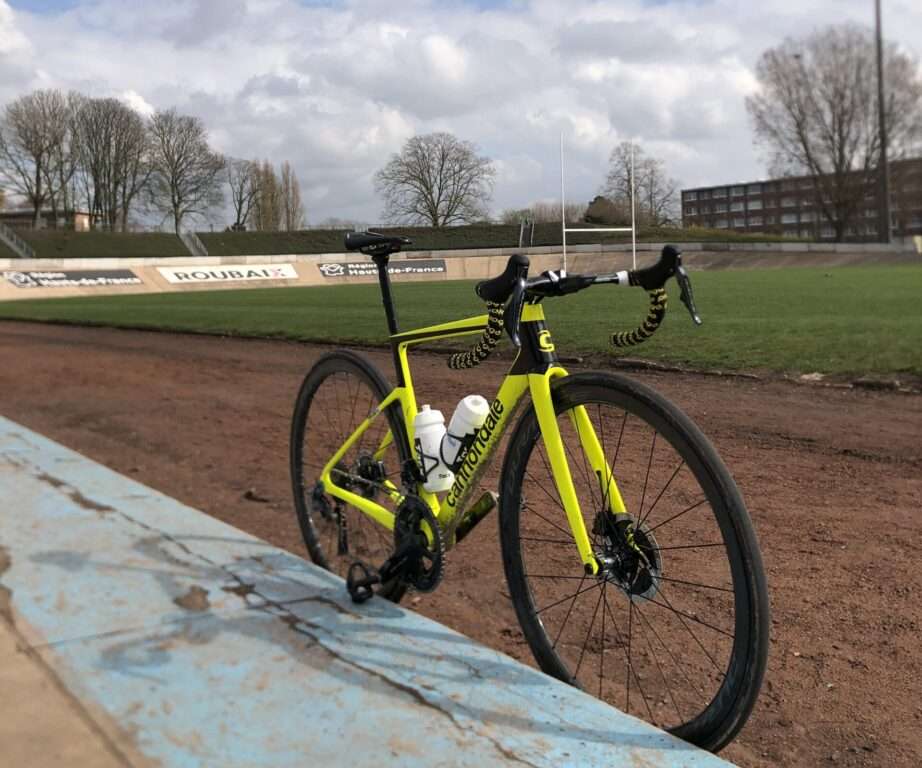 Don’t get me wrong: I am always very sad if races are cancelled or postponed but sometimes it just feels like the right thing to do. Who knows maybe in October with hopefully no or low numbers of COVID cases and a high number of vaccinated people we are able to at least have tested spectators within the velodrome and my dream comes true of riding solo towards them, if in the front or in the back of the race or just somewhere in between. At least I am sure that my dad will be watching his daughter race over those very same iconic sectors and feel his hands and legs burn again. Maybe even his eyes a little bit, because I am sure he’s going to be more than proud.