In my previous blog I spoke about my first experience leading my team, as our team leader was absent, and the unpredictable nature of being a pro cyclist expecting to be away for 3 days, but turning into a month ?

The final race of this block abroad with the team was the Tour de Bretagne. This would be my longest stage race so far- 5 days- but for me it was 4.1days…

The tour got off to a great start; our team leader came 3rd on the first stage and I won the Queen of the mountains (QOM) jersey! I was very pleased to have finally won a jersey, I’d been fighting for QOM in Bira Women’s World Tour (WWT) race, and have been close to the ‘best young rider’ jersey. My team allowed me to go for this, so I really committed and won the QOM ? 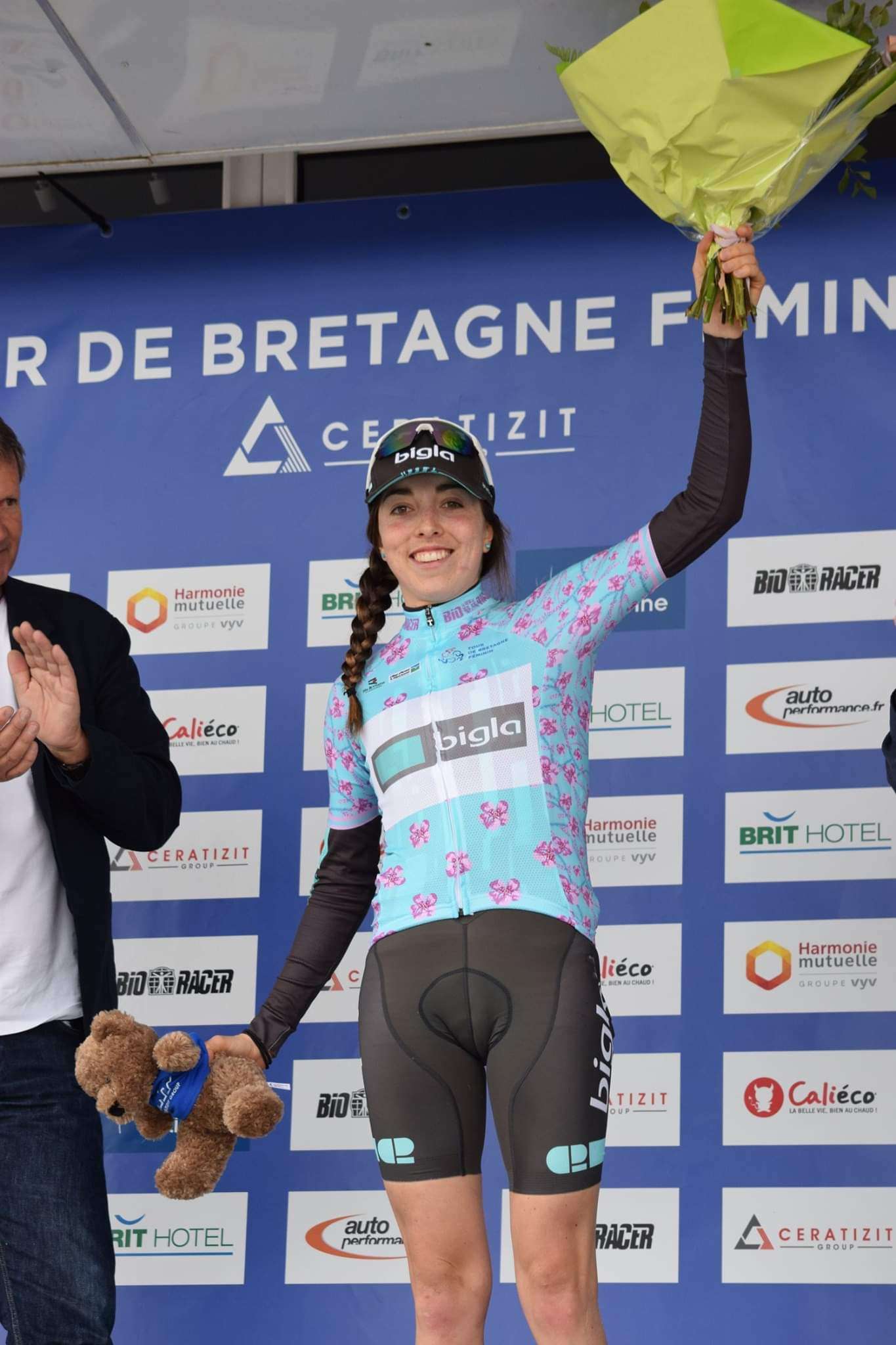 A successful day for the team was followed by good vibes round the dinner table, replying to lots of messages then unwinding with lovely massage before bed.

The next few days were OK, but we wanted to try and get the win on the 5th and final day. We all warmed up as a team on the turbos, before the heavens opened and we looked like drowned rats standing on the start line.

The whistle blew and we were off. I wanted to be attentive at the front from the beginning, 1) to avoid crashes, and 2) to help the team cover early attacks.
I did just this, and chased after the first move of the day… The girl on my left had the same idea, but she decided to do so by sprinting after the attack full gas, head down… Fair enough head down to be more aero, but please keep your eyes up on the road infront and ears open for the policeman blowing a whistle to warn us there’s a bollard coming up!… 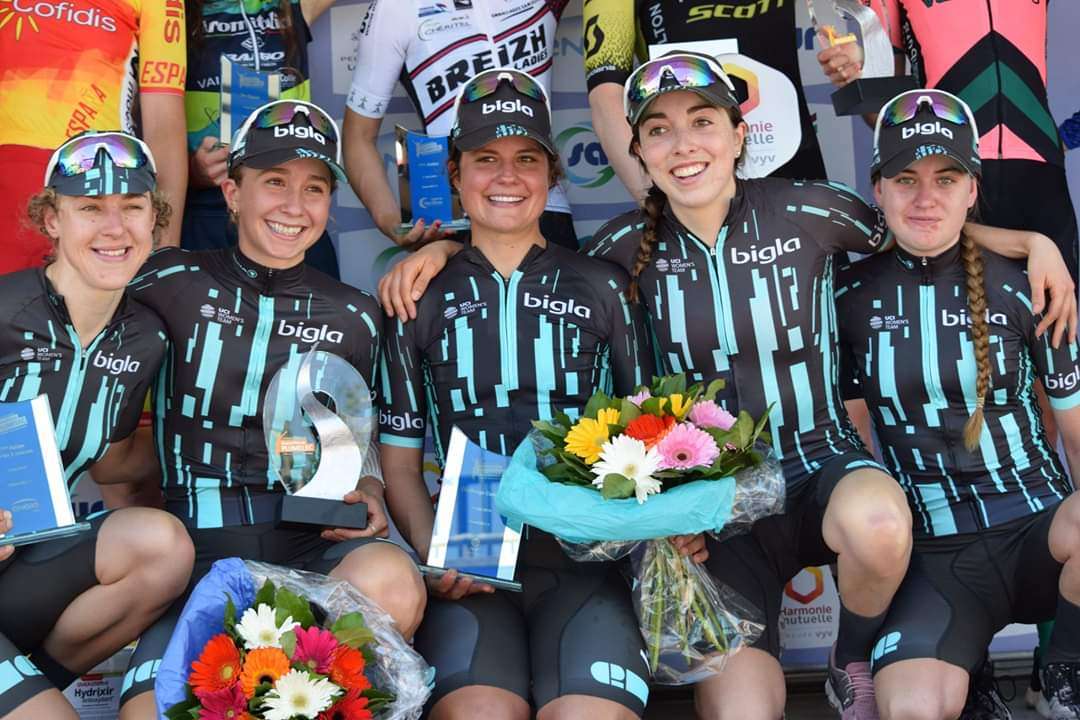 Yep, she crashed straight into the bollard, her bike flew to the right and I had nowhere to go but hitting into her bike sending me flying over the bars. I knew when I hit the deck it wasn’t good, but my initial reaction was to try and protect myself from being run over by the oncoming peloton of 100 or so riders. Soon it was just quiet, I was lying on the road, crying and a bit hyperventilating with pain on my left hip, shoulder, elbow, neck and yet another cracked helmet. One of my first thoughts was that I hope nothing is broken because the British National Championships were in 3 weeks and in my home city, so I really didn’t want to miss this.
My team manager Thomas came to see how I was and thankfully stopped some guy from trying to move me; he was going to roll me on my left side but that’s where all the pain was! I do wonder sometimes if medics are actually trained to deal with injured people! Oh wait, I think that’s the job title ? 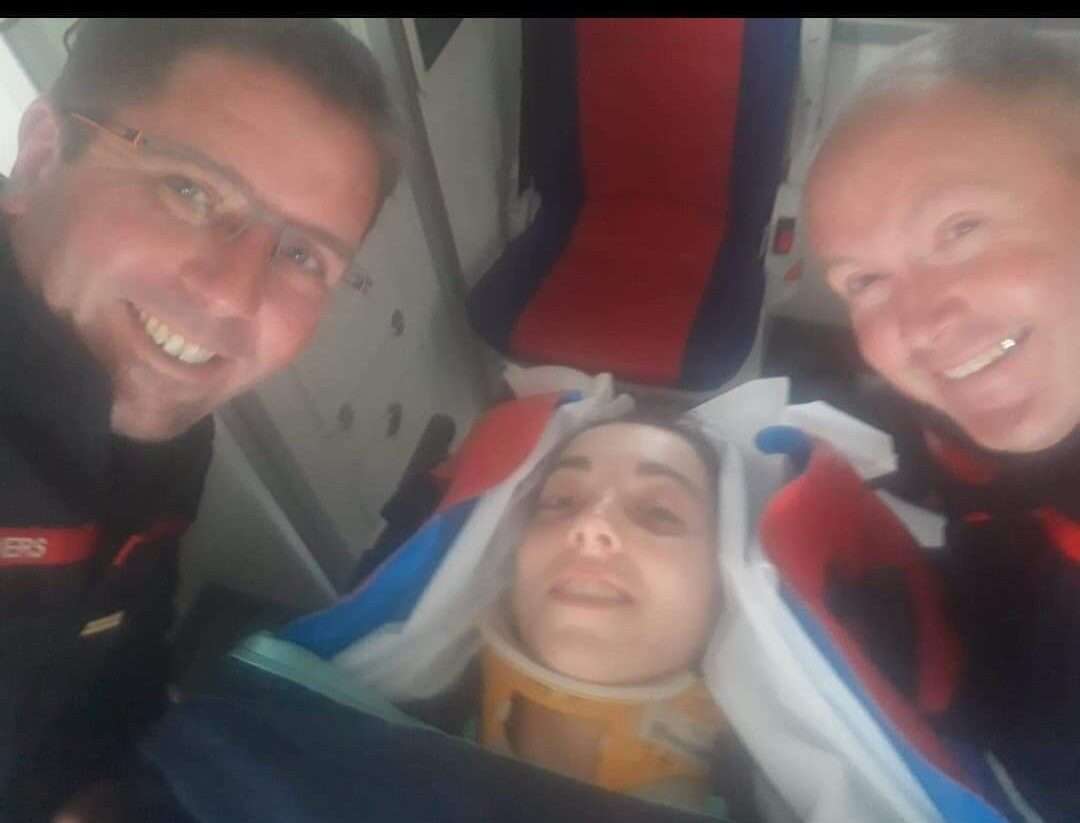 Other than that, the French doctors took good care of me and it was a pretty cool experience travelling to hospital in a ‘camion de pompier’, fire engine! This was because they needed another ambulance for a crash which happened up the road only a few minutes later.

I had scans of my ribs, head and shoulder, but thankfully it was a ‘nice’ as far as the word nice goes, broken collar bone. I say nice because it wasn’t poking out of my skin, and was pretty inline so this is an OK injury. 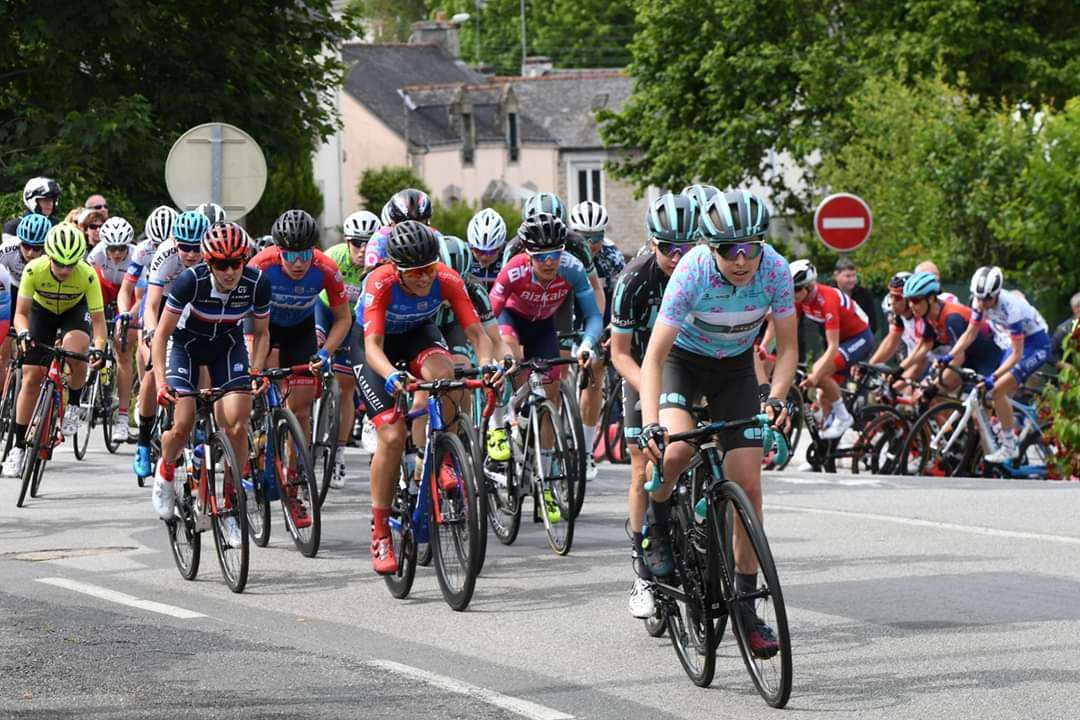 My soigneur and I drove through the night back to the UK, where he went to work with the team at the Women’s Tour of Britain, and I got collected and finally taken home where it was nice to be in my home environment for some recovery.

I was eager to be back on the bike ASAP, as I imagine every cyclist is, so was pleased to be on the turbo 4 days later. I spoke to my coach and I definitely wanted to train for the Nationals, and would ride on the road as late as possible just to test the shoulder, and if all feels OK then I’d race.

In my next blog I’ll update you on the Nationals situation and my road to recovery. 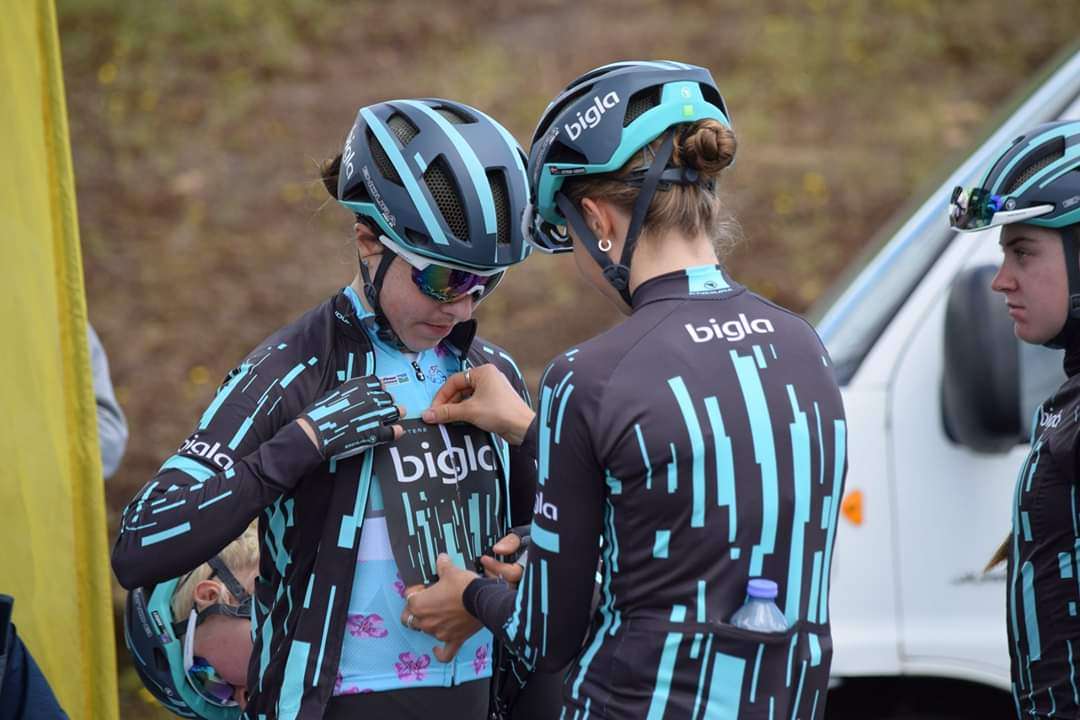