Before I begin, I want to say that I was very hesitant to write anything about this. People like to blame and point fingers, but I don’t want anyone thinking that I am not taking COVID seriously. I got COVID from someone in my close ‘bubble’ who was also following the guidelines, and second, I was already in a cautionary quarantine during the days that I was contagious, so I am relieved to know that I did not spread the virus.

Getting into what happened, how it affected me:

My plans on New Years were to travel to the Netherlands, quarantine, test negative at the end of my quarantine, and then travel to Spain for a mini training camp with a couple of teammates before going to team camp with Team DSM in Spain (that would be too easy, am I right?). The Netherlands requires a negative COVID-19 test result that is no older than 72hrs upon arrival. I had a test done two days before New Year’s and was negative. However, the last day I was home, I came into contact with someone who ended up having COVID. They did not know until two days later when they started showing symptoms and took a test. This means that when I traveled, I was not contagious, thankfully, since the time frame was too short for me to contract the virus and then be able to spread it. I also did not start having symptoms until the fifth day of quarantine in the Netherlands (it is said that we are contagious 2-3 days before we begin showing symptoms). After arrival in the Netherlands, I went into quarantine at the DSM Keep Challenging Center as a cautionary quarantine required by my team after international travel.

In quarantine, I was allowed to ride outside, and I went about my usual training. There was nothing out of the ordinary until the fifth day. I started having a stuffed-up head, and I thought it was just my allergies acting up since I am in a new place (I am allergic to basically everything). I took some medicine to ease my runny nose, and I didn’t think much of it after that. The next day I went out for a longer ride and started having intense chest pain. It was extremely cold out this day, but I hadn’t had problems from the cold before, so I was very concerned. I stopped three times throughout my three-hour ride to try and relieve the chest pain, but no matter how I moved my body or stretched, the pain seemed to worsen for several minutes before settling down before the next flare-up. I would have cut my ride short, but I had downloaded a route and there were no shortcuts back after the first flare-up. This has to have been one of the most miserable rides of my life. I didn’t have phone service, I was having stabbing chest pains, I didn’t know what was going on, it was freezing out, and I still had at least another 1.5-2hrs to ride. I made it back, but with very low motivation and a bad mood. 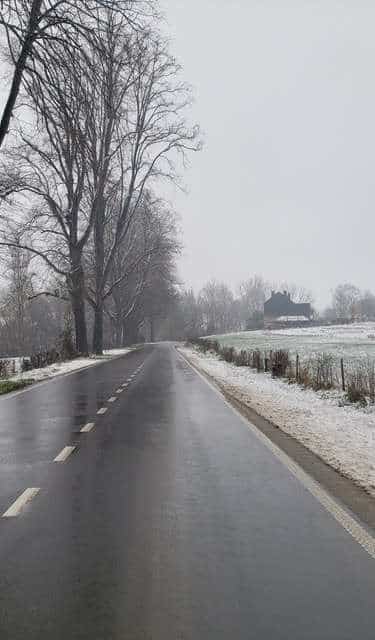 The next day I had an easy ride indoors and a COVID test that had already been scheduled by the team. I didn’t have any chest pain on the bike the next couple of days and was symptom-free aside from a runny nose. I was supposed to leave for Spain in two days for a mini training camp with a couple of teammates and was waiting for a negative test result so I could enter Spain (most countries require a negative test result to enter). The couple of teammates who had the test taken the same day as I sent a text saying they received their results and were negative. I didn’t receive a text. About ten minutes passed, and I received a phone call. The team doctor called and notified me that I had COVID.

My heart sank. I was going to miss my mini-training camp, which I had already bought a ticket for and planned with teammates, possibly team camp, and I was not allowed to train basically. What a way to ring in the new year! 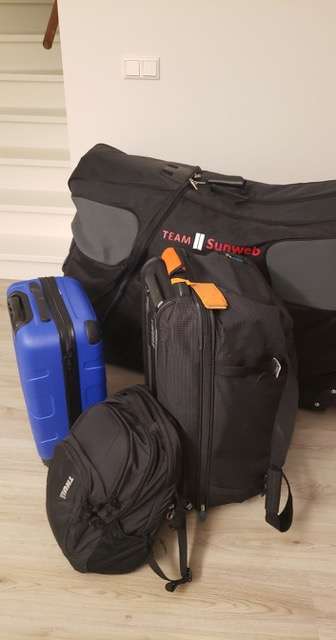 Since I was having chest pains, the team doctors from DSM and the USA National Team advised my coaches that I should have no intensity or long rides in my training plan. This meant I was doing 45min spin rides in the morning and then 60min spin rides in the afternoon. I was already coming off a weeklong off-season, so I was motivated to get back to training and go into camp somewhat fit. That plan was out the window, but an extra week, maybe two of rest, wasn’t going to kill me.

Ten days went by before my next test. During those ten days, my emotions were like a roller coaster—I was disappointed, frustrated, motivated, unmotivated, sad, happy, optimistic, depressed, and every other emotion in between.

I was trying to fill my time during quarantine by being productive, but most of the time, I was too tired to do anything other than lay on the couch and watch Netflix. However, I was able to finish a sixteen-week class for university in five days, but that was through my peak motivation during the duration of my twenty-three-day quarantine.

I had the next test and was waiting for the results to see if I would fly to Spain and make team camp. The results came in late at night, and I was told I was still testing positive, but at a much lower level.

The next plan: operation ‘make it to camp for the last five days’ started. The team decided that since three days had passed, I should take one more test the next day and see if that test would be negative so I could join the team in Spain for the last part of the camp.

CDC guidelines say to quarantine for ten days once symptoms start and then you are no longer contagious; however, that does not mean you will test negative for COVID after those ten days. Around forty percent of people who have COVID will keep testing positive for several weeks after having the virus. Sadly, I was one of those people—I again tested positive, which meant I was not going to be able to go to Spain.

This trip was going to be my first time meeting teammates and staff at DSM, my first World Tour Team experience, and my first European trip in a very long time. To hear I wasn’t going to be able to attend team camp crushed me. I guess everything happens for a reason, but I still haven’t figured out this one yet.

The next steps were essentially: get healthy, have some tests run to see if there was any damage to my heart or lungs, and then rebuild my fitness. Nothing like this was ever going to be an overnight process, but with the support from my team and everyone around me, I’m motivated and confident that everything will work out in the long run.