The Spanish block of racing continues this week as the World Tour peloton takes to the roads of Burgos.

Starting on Thursday, the 3rd edition of the Vuelta a Burgos Feminas offers up 4 days of demanding racing across the region’s undulating terrain. With plenty of punchy hills, 8 classified climbs and a hors catégorie grand finale, expect to see the GC battle fought out amongst the peloton’s climbers.

The opening stage serves up 121.9km along the rolling roads of south Burgos.

With several unclassified hills peppering the route we can expect to see the GC teams wanting to control this stage and marshall proceedings. The only categorised climb of the day – the 1.8km long Alto de Coto Gallo – comes at the 24km mark so the stage will most likely culminate in a bunch sprint.

Similar in profile to stage one, stage two offers another (and final) opportunity for the fast-finishers to pick up a win.

The undulating stage meanders through the UNESCO Global Geopark of Las Loras where the two, third category climbs – the Alto de Amaya (58 km in) and the Alto de Humada (95km in) – will be faced. The remaining 34km offers plenty of road for some post-climb regrouping and so we can expect to see a fairly large bunch kick.

Saturday marks the start of an exciting weekend of tough racing as the tour heads to the mountains.

Stage three is a fairly back-loaded day with two classified climbs in the final 30km of racing. That said, there are several leg-sapping ‘lumps’ prior to the 2km long Alto Retuerta which is tackled 85km in. We are likely to see a flurry of attacks on this ascent as the GC riders will probably begin to trade their first blows here.

A few more kickers later and the peloton heads onto the Complejo Karstico Ojo Guareña for a short, but punishingly steep climb to the summit finish. With such a demanding finish the puncheurs will thrive on this stage and we’ll see the first significant time gaps form in the GC battle.

Rising – literally and figuratively – to a crescendo, the tour concludes with a brutal day of racing.

Whilst the final climb is the stage’s headline act, the preceding 110km enroute to its base are by no means processional. Featuring many ‘rollers’, several hills and two categorised climbs it’s a challenging prelude to the decisive finale.

The final climb of Lagunas de Neila is a viscous 10km long hors catégorie with an unrelenting gradient of 7.8%. 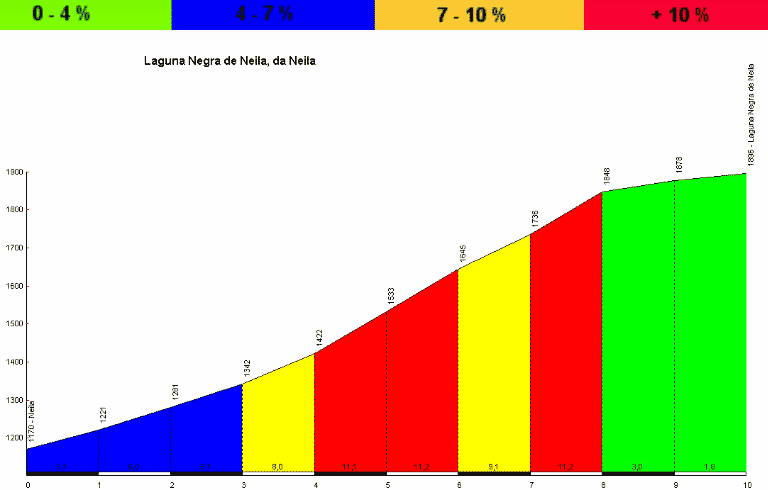 Whoever prevails on these gruelling slopes and manages to clinch the overall GC will certainly be a worthy winner of the Vuelta a Burgos Feminas.

Defending champion and now DS – Anna van der Breggen – will be hoping she can direct her team, SD Worx, to a second WT stage race victory in a fortnight. As ever, they line up with talent and strength aplenty with the likes of Kopecky, Vollering, Moolman Pasio and Fisher-Black. After a dominant display at Itzulia last week which saw Vollering take a clean sweep of victories (the GC and every stage), we can expect to see the 25 year old at the head of affairs again. Meanwhile Kopecky will no doubt be eyeing up the first two stages where she’ll hope to be able to unleash her finishing kick to power to a sprint victory.

Rivalling the strength of SD Work is fellow Dutch squad Team DSM. With Juliette Labous, Floortje Mackaij and Liane Lippert taking to the startline, we can expect to see them pushing the pace on the climbs. With Labous 5th and Lippert 6th on GC last week, they’ll certainly want to clinch a podium spot this time round.

Likewise FDJ have a number of options when it comes to stage wins and the GC battle. Ardennes queen – Marta Cavalli – will want to add another World Tour win to her tally whilst Brodie Chapman and Cecilie Uttrup Ludwig will be looking to build up form ahead of the summer stage races.

Leading the line for Team BikeExchange Jayco is likely to be Kristen Faulkner, who after a difficult spring is seemingly getting back to her best shape.  Faulkner had a great ride last week to take third at Itzulia and will be looking to repeat that performance in Burgos. Teammates Ane Santesteban and Amanda Spratt will also be in contention for GC placings and potentially stage wins on the summit finishes of Ojo Guareña and Lagunas de Neila.

Riding on home soil – Mavi Garcia (UAE Team ADQ) – is another rider who could challenge for both stage wins and the overall GC. Third overall in 2019, she’ll be hoping for another podium finish this year.  A strong all-rounder who is bound to race aggressively, we can certainly expect to see her animating proceedings.

Canyon//Sram’s Pauliena Rooijakkers will be another rider to watch. The 29 year old Dutch rider had a great race last week in the Basque country where she clinched second place in GC. Teammates Soraya Paladin and Elise Chabbey will also be up there and will undoubtedly look for any opportunities to attack.