Settling into a new team

I am happy to be a part of the Voxwomen blog squad this year, and I hope to be able to share some interesting stories with you all.

This winter has been an exciting one for me. After 6 years of riding for Boels-Dolmans (now SD-works), I’ve signed a 2-year contract with Trek-Segafredo. Something I am super happy about!

Normally every team has a “new season preparation camp” in December. This is the camp where you get your new bikes set up, do photoshoots, meetings, sponsor stuff etc. Basically, you get all the practical things done, so when the new year gets around you’re ready to just focus on the training.

But with Covid-19 having a heavy impact on the world, our December camp was cancelled, which meant that the first time I met the team was in January. It felt just like the first day of school all over again. I was nervous and excited at the same time. 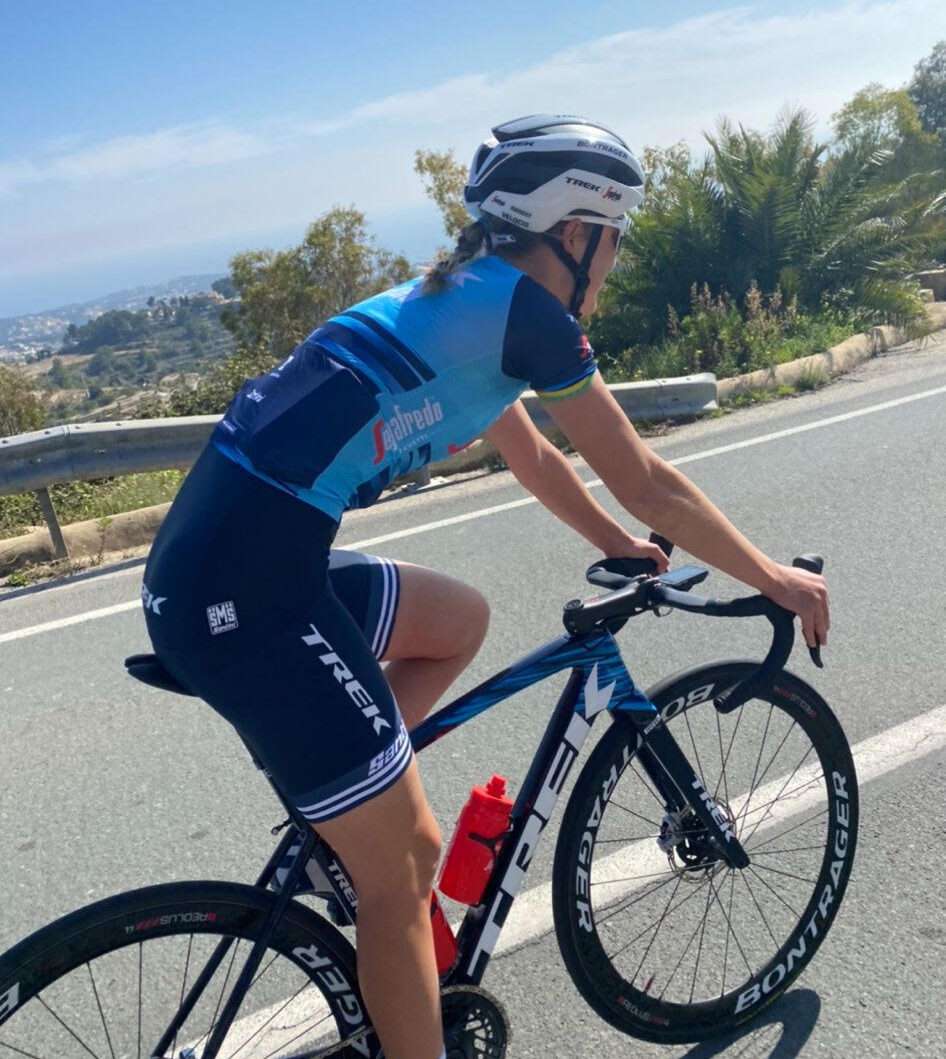 Our camp started with three days packed with all the stuff you would normally have done in December. Photo shooting. Bike fitting – which for me mostly was about finding the right saddle. Aero test. Cardiological test. Interviews. Physical testing both on and off the bike. Meetings about equipment / nutrition / race program etc. With my team change some of my equipment will be from a different brand, so learning about the new stuff is quite interesting.

After our three intro/media days, the structured training could begin. Every team/coach has their systems. But most train in blocks. 3 days of training + 1 rest day and then repeat, and at Trek-Segafredo we do the same. The training went well. I really like being on camps with a group to ride with every day. At home I mostly train alone, so having a bunch of 8-10 every day is great! It makes the time fly and makes everything more fun. 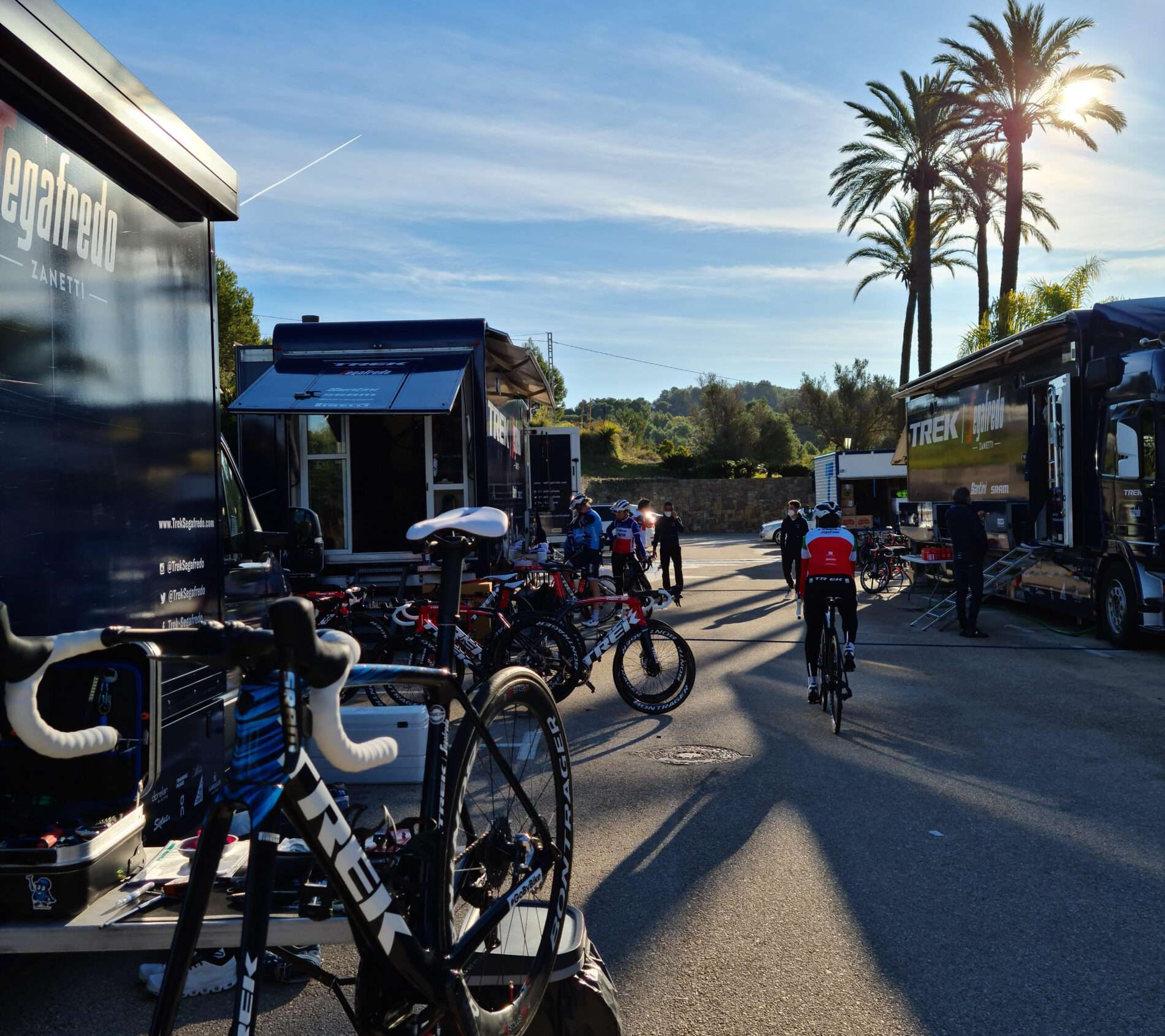 Trek-Segafredo have a women’s and men’s program, which means we’re around four times as many riders on training camp compared to what I’ve been used too. Most of our trainings we did in groups 4 groups. The men had 3 (climber, classics and mixed) and we had 1.

One of the great things about having a lot of riders is that the team have the possibility for a bigger variation in staff on the camps. If anything happens like injury or sickness, you can get help from a doctor, physio, osteo or get a good massage. 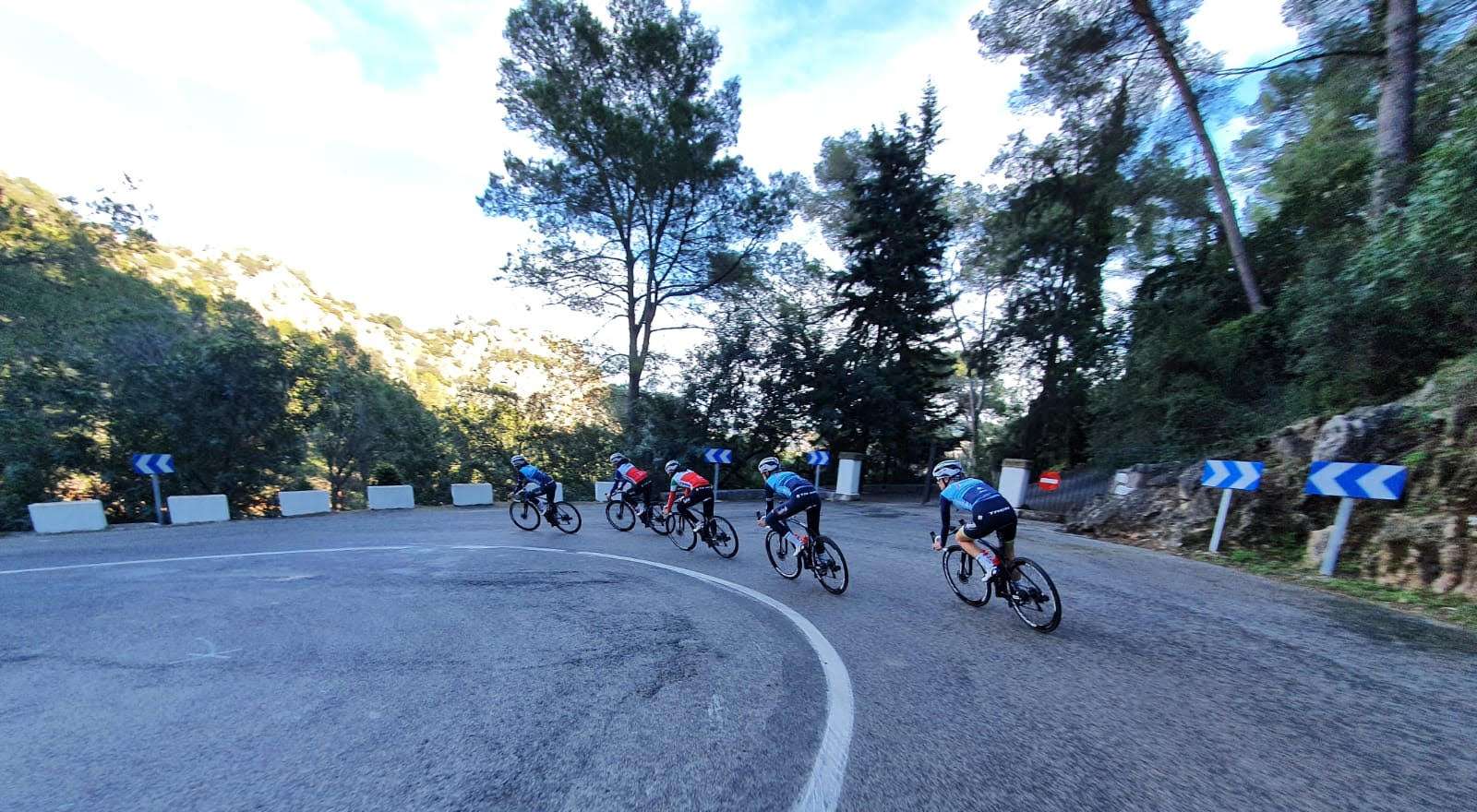 With the January camp done, the next time I should have met up with the team again was to race Valenciana 18th – 22nd of February. Unfortunately, that got cancelled. But if 2020 taught us one thing it was to be flexible and adjust. Trek-Segafredo quickly arranged a 2nd training camp. With this one being close to the first races of the season, we did some more high intense efforts during our rides, but still after the 3 days of training + 1 rest day principal. We also managed to squeeze in some core work and a bit of team building fun.

If you want to follow my first races of the 2021 season and see more from my daily routines, you’re welcome to follow me on Instagram – @amaliedideriksen

Until next time,
Amalie