The World Tour peloton heads back to Italy this weekend for Trofeo Alfredo Binda-Comune di Cittiglio. Find out all you need to know in our race preview!

One of the oldest races on the women’s calendar, Trofeo Alfredo Binda-Comune di Cittiglio is steeped in history.  Its hilly, unrelenting parcour provides unpredictable and aggressive racing that over the years has made this race as legendary as the eponymous Italian champion.

The 47th edition of this ‘classic’ will see the riders tackle the familiar 141.8km route across the demanding Lombardian hillsides. 10 classified climbs and several more ‘lumps’ makes for a jagged sawtooth-esque profile that promises to serve up a tough day of attritional racing.

The answer to Fleche’s Mur de Huy, Binda has its own headline climb – the Orino. Tackled 6 times, the 3.5km ascent is no mountain, but with an average gradient of 5.9% and several pitches reaching the 20-25% mark it’s both a peloton splitter at one end and a launch pad for attacks at the other.

Upon leaving the starting town of Cocquio-Trevisago, the peloton faces a 27km long ‘initial’ loop  with the first ascent of the Orino coming just 18km in. Then it’s on to the ‘long lap’ which features the Casalzuigno climb, the long ascent up to Bedero Valcuvia and, of course, the Orino.

Heading back towards the town of Cittiglio four ‘final laps’ of 17.6km await, with each circuit featuring the steepest sections of the Orino. Cresting the Orino for the final time, just 7.5km remain so an exciting run in to the finish line should be in store. 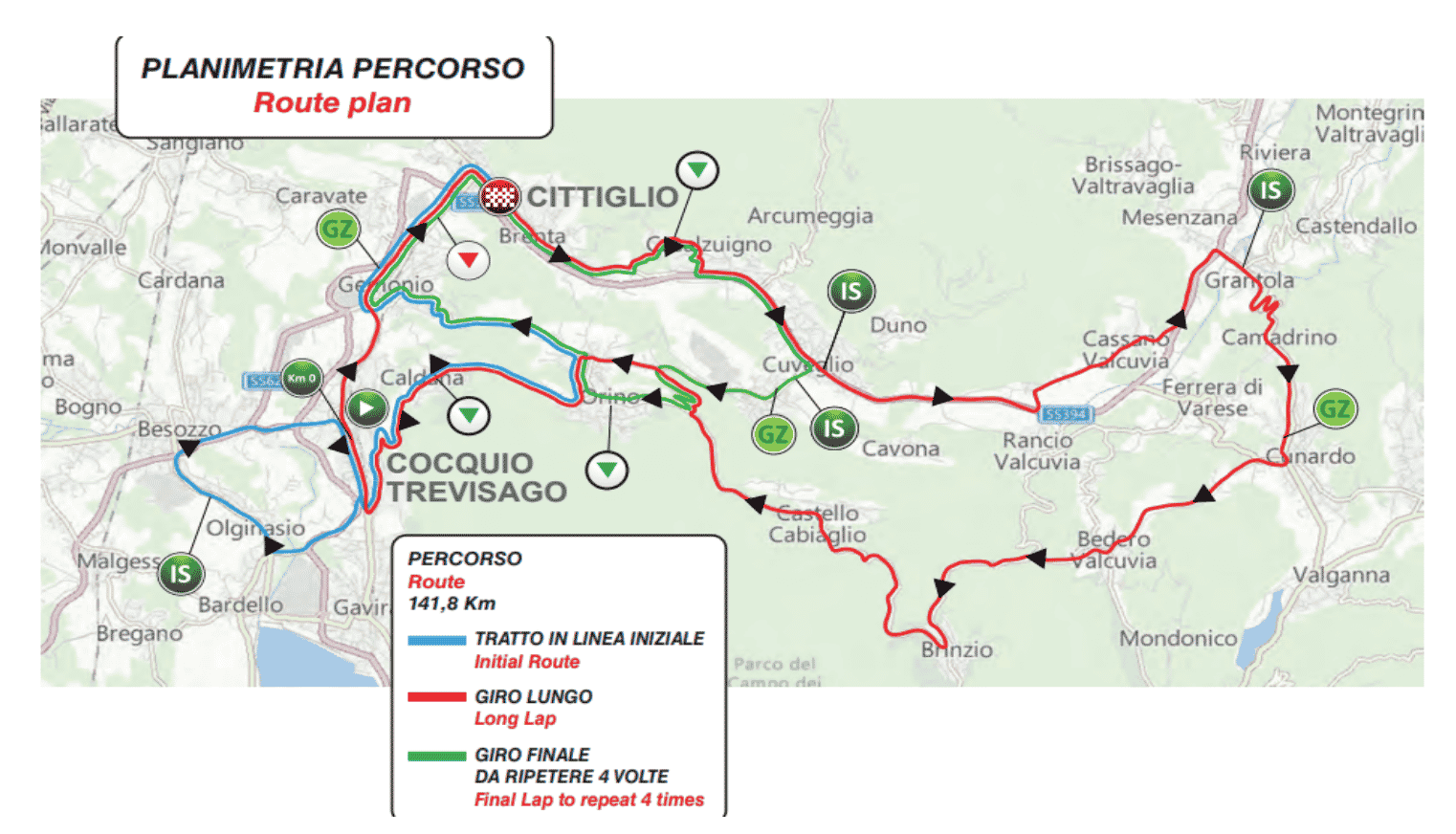 Owing to the hilly – but not mountainous – nature of Binda, we’ve seen sprinters, puncheurs and climbers all raising their arms aloft in Cittiglio.

Last year, Elisa Longo Borghini (Trek-Segafredo) won by a minute after using the Orino to launch an ‘all or nothing’ attack with 20km to go. The double Italian national champion showed impressive strength to hold off a select group of chasers and she will undoubtedly look to repeat a similar feat again this year.  Trek-Segafredo also have World Champion and fellow Italian – Elisa Balsamo – among their roster. The 24 year old thrives in attritional races and will prove tough to beat in a sprint finish.

Rivaling the strength of Trek-Segafredo is the Dutch squad – SD Worx. They’ll look to play the numbers game and with the likes of Chantal van den Broek-Blaak, Marlen Reusser, Ashleigh Moolman Pasio as well as Lotte Kopecky they certainly have plenty of ammunition to dominate proceedings.  Current leader of the World Tour series, Kopecky, has been in fantastic form this season and she’ll want to extend her lead in the rankings with another top result this weekend.

There is little last year’s World Tour champion Annemiek van Vleuten (Movistar) hasn’t won, but Binda remains a notable omission from her palmares. The 39 year old is likely to launch a long-range attack so expect to see her riding aggressively and using the Orino in a bid to distance her rivals.

Second to Longo Borghini in 2021, Marianne Vos (Jumbo-Visma), has won this race on 4 previous occasions and is always a rider to watch.  Teammate and fellow former winner Coryn Labecki (nee Rivera) will also pose a threat if she can make it over the final climb and has an opportunity to unleash her finishing kick.

Twice third in this race, Cecille Uttrup Ludwig (FDJ) will be hoping she can finally grab that elusive Binda win. Teammate and Australian TT champion, Grace Brown, will also be a rider to watch. The 29 year old puncheur is bound to race aggressively and will look to exploit any opportunity that arises to attack.

Other riders to watch include winner in 2018, Kasia Niewiadoma and her teammate Soraya Paladin (Canyon Sram) as well as Marta Bastianelli (UAE Team ADQ).