It has been four months since that day at the Yorkshire 2019 World Championships. A nation held its breath, the weight of expectation lay heavy as Otley’s finest Lizzie Deignan lined up at the start. Just 12 months since giving birth to daughter Orla, now Deignan had business to attend to – the chance to win the rainbow stripes on home soil. World champion, a year after giving birth? The media lay in wait, pens poised and hyperbole stored – the impossible becoming possible. A dream becoming reality. She couldn’t, could she?

By now, we all know the answer to that. Deignan fell short of her dream as Annemiek van Vleuten stunned the field with her audacious attack on the Lofthouse climb before a 105km solo effort to win. Deignan has now had the time to reflect.

“I raced far too emotionally, and not tactically or astutely,” she admitted. “I raced all out for the rainbow – I wasn’t interested in silver or bronze. I put it all out there, I didn’t leave anything on the road, and it is much easier to take a loss when you finish exhausted.

“I still look back on it with a smile. It is something I will cherish, similar to the London 2012 Olympic experience. I got to race in front of a home crowd and I am really proud of my performance. It meant so much to be greeted by my family at the finish line. It was a team effort for me to even be there. A bigger result would have been nice, but it’s not everything.”

Perspective came quickly for Deignan on the 28th September. While her teammates and rivals headed out into the Harrogate night to celebrate or commiserate, sending the British team leader messages asking where she was, Deignan was putting her one-year-old daughter to bed.

“I bounced back quickly. Annemiek was the strongest rider on the day. I didn’t lose the rainbow. That makes it easier to get on with it. I just need to work harder.”

The 29-year-old divulged despite her numbers indicating she was more or less back to pre-baby form, they are not good enough in the current environment as women’s cycling continues to progress.

“I am almost at the same level,” she explained. “It takes a little longer for your one minute max to get back to where it was, in terms of core stability and that chain of strength through your body. I am on the right track. But the numbers I won the World Championships with in 2015 would not be on a level with what Annemiek did to win in Yorkshire, and that is brilliant.

“Women’s cycling is going from strength to strength – I am surprised at the jump in just one year. It shows what a small amount of investment can do. It enables so many more to be professional riders and concentrate solely on riding their bikes and recovery rather than taking on a second job. It means the peloton is deeper. Those riders who are used to winning races now have 20-30 more girls to race against and everyone has to lift their game.” 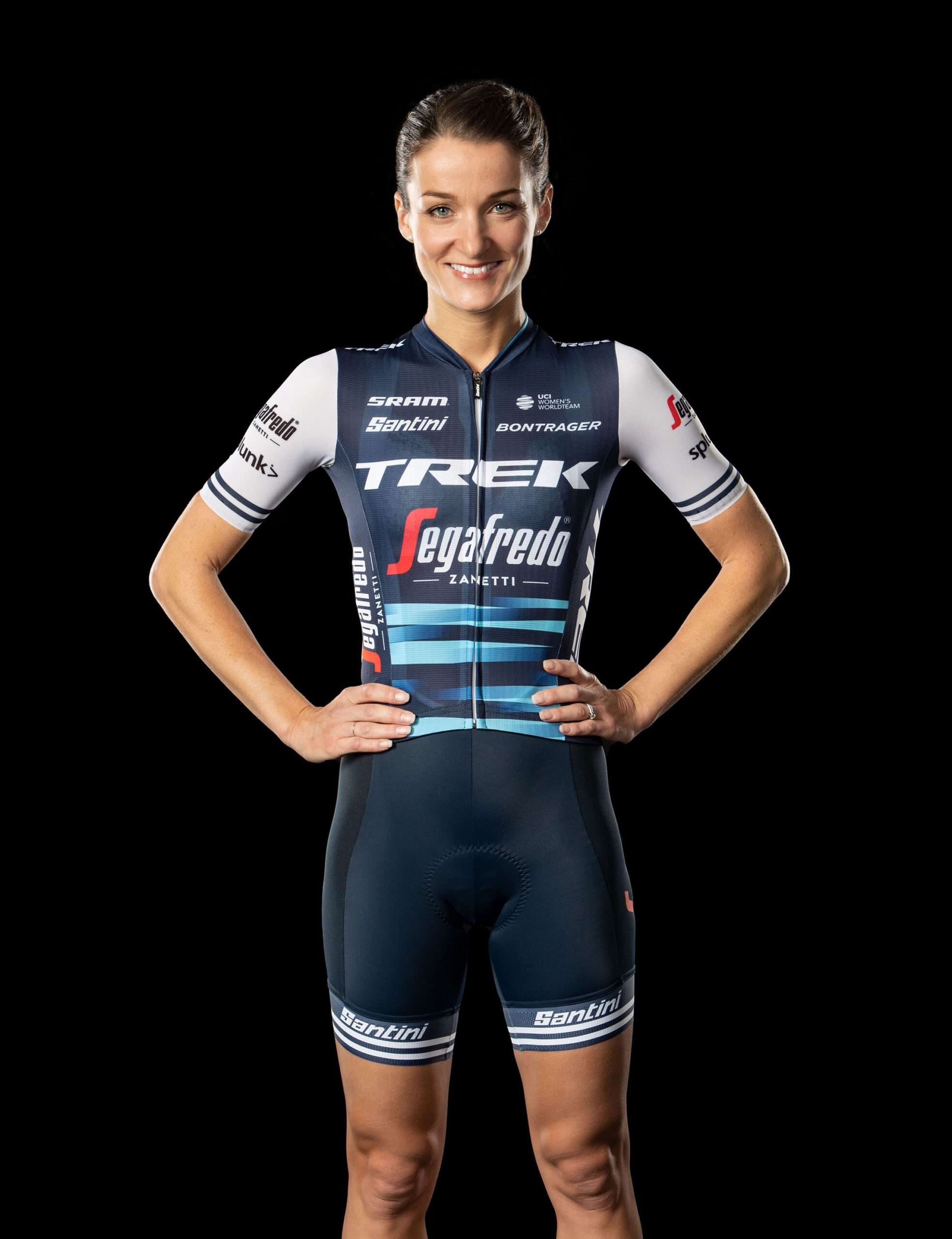 But are numbers all that matter? Deignan is a rider who has won some of the most coveted races in the world – from Strade Bianche, Tour of Flanders, Trofeo Binda and the Women’s Tour, to the 2015 World Championships and an Olympic silver medal.

Yet it is only now she can say she is the happiest she has ever been, with husband Phil (Deignan, former Team Sky rider) by her side. And happiness watts count for a lot, as she explained: “Personally, I couldn’t be happier. I have always wanted to be a mum, I am very happily married. I personally couldn’t ask for anything more and that gives you a better perspective when things go wrong professionally.

“The move to Trek Segafredo has been a massive motivator. It was a breath of fresh air, and I was really supported during maternity leave. That was such sign of respect and all you need as an athlete.

“Phil is now coaching me and that has been really interesting. I have never had a coach because I don’t trust someone to do a good enough job, but I do with Phil. He knows what he is doing and it’s really refreshing to be able to switch off and have that side of things taken care of. I do what I’m told and listen to what he’s saying!”

Deignan is clearly thriving emotionally and mentally at her new team after just one season, and picked up one of their biggest wins of the year at the Women’s Tour after coming back to racing in April, for one of the toughest weeks in the season, the Ardennes Classics. A baptism of fire.

But now, Deignan is ready to be competitive come spring 2020.

“Previously the cobbled classics have been a focus, but next year I am targeting the Ardennes,” she stated. “I have never won one but have had a number of second places. Those races are a bit more reflective of the Olympic course, and it will be the perfect preparation for Tokyo to train and win there, going into the Games.”

And so Tokyo 2020. It looms on the horizon for the professional peloton. It will undoubtedly shape how the racing plays out, as each rider hopes to get selected and then peak on one of the most important and significant days of an athlete’s career. And just like Yorkshire 2019, Deignan has one, simple goal.

“I won’t go into Tokyo trying to win anything but that Olympic gold medal. I wholeheartedly have that confidence in myself, and I know I always lift my game at the Olympics.”

The Olympic road race is one of the most-watched events and gives the wider sporting world an elusive chance to see the best female cyclists in the world go head-to-head, all-out for glory. But given the World Tour developments in 2020, including a requirement for all World Tour races to offer at least 45 minutes live coverage, women’s cycling could be viewed by more people than ever before this season, meaning the stakes will be even higher come Toyko.

Deignan welcomes this step: “That’s huge. Cycling is a business and as a team we need to offer sponsor exposure and without TV that is difficult. It builds a fan base. Without TV, you can’t easily become a fan of someone. It’s nice to watch the grimace on a rider’s face, see them overcome that pain to win. It’s dramatic. Bike racing is a drama and it’s important we can share that.

“I feel privileged to be part of the growth and it’s been exciting to see it grow. There needs to be more steps forward but I wouldn’t change the time I’ve had in cycling. I’ve been part of change and I could never walk away from the sport, I want to be part of women’s cycling beyond my own career.”

Olympic expectation weighs heavy on Deignan’s shoulders once again heading into 2020, but there is little doubt whatever happens next season, she is in the best frame of mind to carry it to Tokyo and beyond.